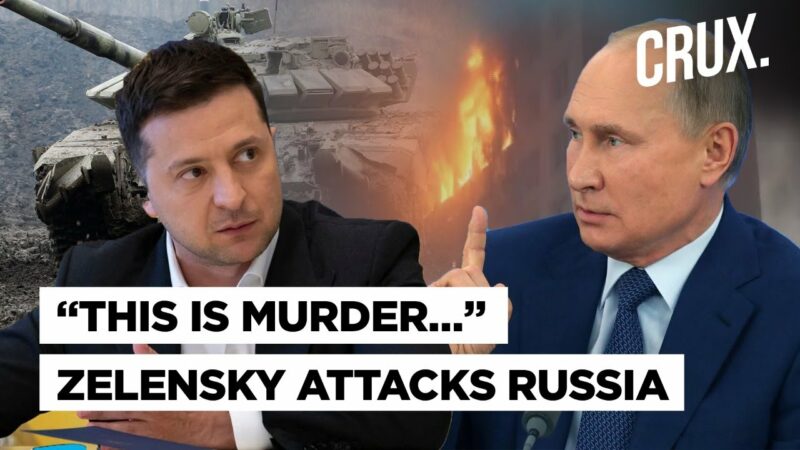 Zelensky On Putin: “The More This Beast Will Eat, He Wants More, More, And More”

Ukraine President Volodymyr Zelensky warned the West that Vladimir Putin will not stop if it successfully conquers Ukraine. “We will come first,” he said. “You will come second because the more this beast will eat, he wants more, more, and more.”

Zelensky, 44, said Ukraine is a ‘zone of freedom’ that needs to be preserved.

“And when the limits of rights and freedoms are being violated and stepped on, then you have to protect us,” he said.

“Today, war is here, tomorrow, it will be in Lithuania, then in Poland, then in Germany,” Zelensky added.

Zelensky’s wartime leadership has earned the respect of people all over the world. Monday he emerged from his bunker in Kyiv and returned to the presidential palace, declaring: ‘I am here, I am not hiding, and I am not afraid of anyone.”

Zelensky spoke to his country, on day 12 of the Russian invasion: “We are all in our places working, where we should be, my team is in Kyiv with me.

“We are all fighting, we are all contributing to our victory which will surely happen,” he concluded.

Zelensky spoke to Joe Biden on Saturday night for 40 minutes and appealed to the U.S. leader to enforce a no-fly zone.

Zelensky did not ask for no fly zone in Iraq where his army killed many Iraqi civilians. Good to know NATO is weak. Long live Putin. https://t.co/8Thz2B2B6e

Such a move would see fighter jets from the United States and its NATO allies patrolling the air space above Ukraine, and shooting down Russian jets that enter – effectively putting the West at war with Russia, in World War Three.

Zelensky asked about widely expressed concerns about the dramatic escalation, brushed off the fears, and insisted it was the best way for the U.S. to help Ukraine.

“I told him that for us, the most important thing today is the security in the sky,” Zelensky said.