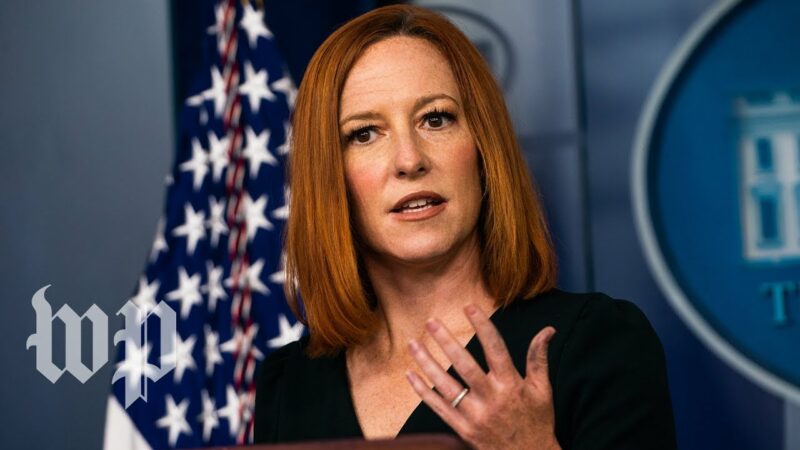 “You Give These People 5-6 Questions!” Reporter Rattles Psaki

“You’re going down the row, and you’re giving these people five and six questions. I get one, don’t I? And the people back here too,” Owen Jensen, a correspondent for the Eternal World Television Network, said, shouting over another reporter’s question.

“Sir, we don’t … I think if you could sit here and be respectful of your colleagues here, that might work better,” Psaki said. “Sir, sir, I think he’s the next question,” she said, pointing at a different reporter.

“You’re being very disrespectful,” someone else in the briefing room said as Jensen continued trying to ask his question.

Jensen attempted multiple times to get his question throughout the White House briefing.

“So, again, my question: Why does President Biden believe pro-life taxpayers, Catholics among them, should fund Title X clinics that advise women how to get abortions?” he said, shouting over another reporter.

Psaki continued to ignore him as she listened to another reporter’s question.

Someone in the room said “it’s disrespectful” while he tried asking Psaki for the fourth time.