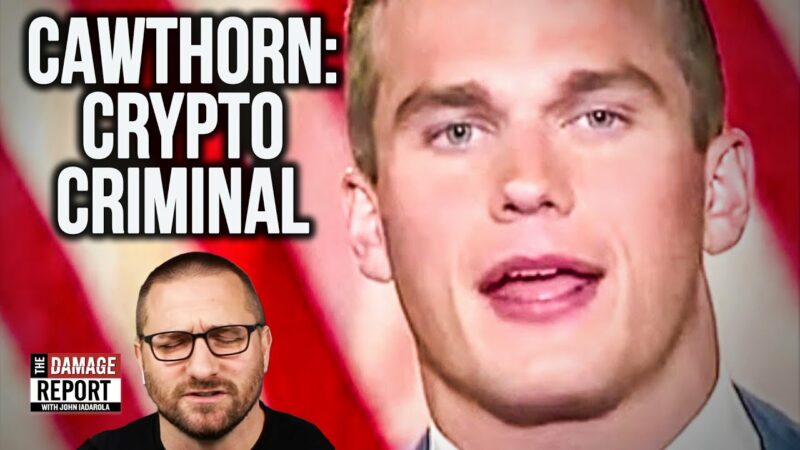 Multiple watchdog groups have reported that Cawthorn posed for photographs at a party with James Koutoulas, the hedge fund manager behind “Let’s Go Brandon” cryptocurrency, a meme coin aimed at President Joe Biden. Just one day after the photograph was taken, the coin’s value skyrocketed, raising red flags about Cawthorn’s potential involvement.

Koutoulas and Cawthorn have taken multiple photographs and several of them have been posted on Koutoulas’s social media. “Never get sick of a Madison Cawthorn bro out,” the manager captioned one photograph from December 29. “LGB legends. … Tomorrow we go to the moon!” Cawthorn commented on the photograph.

On December 30, NASCAR driver Brandon Brown announced that LGBCoin would be his official sponsor for the 2022 season. The announcement led to LGBCoin’s value skyrocketing by 75%.

Given Cawthorn’s comment, watchdogs believe that he had prior knowledge of the deal between Brandon Brown and LGBCoin. “This looks really, really bad,” government affairs manager for Project on Government Oversight Dylan Hitler-Gaudette, said, “This does look like a classic case of you got some insider information and acting on that information. And that’s illegal.”

If Cawthorn purchased LGBCoin before Dec. 30, 2021, and had nonpublic knowledge of the deal with Brown, that would constitute insider trading, according to a government affairs lobbyist for Public Citizen.

Koutoulas relaunched the coin in February and claimed that the second iteration would prevent pump-and-dump schemes. Since the relaunch, Cawthorn has spent a significant amount of time promoting the coin and his ownership, sharing Tweets from the coin’s official Twitter account.

“It is not technically or legally possible for a decentralized meme coin that exists to promote free speech and charitable giving to be classified or treated as a security,” Koutoulas said. Hedtler-Gaudette pointed out that even if LGBCoin isn’t considered security, Cawthorn will not be immune from insider trading laws.

“No matter what, though, having advance and nonpublic information that is then used to gain an advantage in a financial market (including straight up commodities) is illegal, making my call for DOJ or SEC investigation still operative in this case,” Hedtler-Gaudette said.