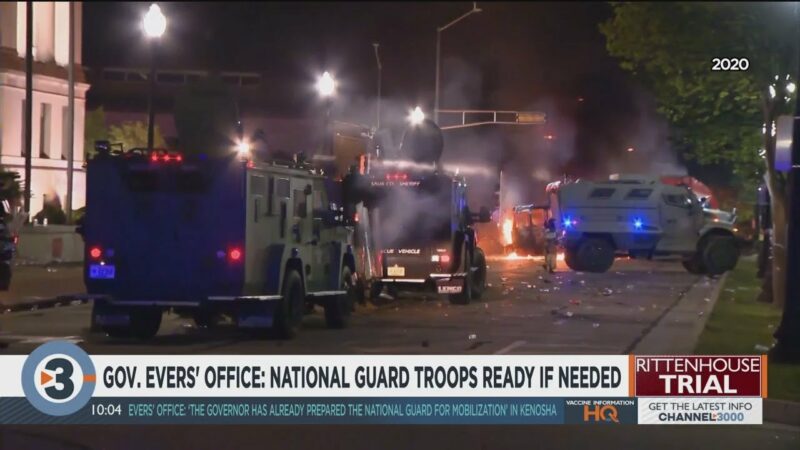 Democratic Wisconsin Gov. Tony Evers is prepared to mobilize the Wisconsin National Guard ahead of potential violence after the Kyle Rittenhouse verdict.

The governor’s office announced Thursday the state’s National Guard stands ready to mobilize troops to Kenosha following a verdict in the trial.

“As has been the case since before the trial began, we continue to be in close contact with local partners and the state will, as always, work to provide necessary support and resources,” Britt Cudaback, Communication Director for Evers’ office, said in a statement. “The governor has already prepared the Wisconsin National Guard for mobilization.”

Major Joe Travato, Deputy Director of Public Affairs for the state’s National Guard, said they have been “in close contact” with law enforcement and officials since the beginning of the trial on Nov. 2.

The Kenosha County Sheriff and Police Departments said they have been working to gauge public response to the trial in preparation for appropriate reaction.

Evers mobilized 125 National Guard troops in August 2020 in response to the mass rioting that broke out shortly after the police shooting of Jacob Blake in Kenosha on August 23, 2020. Officers had an arrest warrant for Blake on an alleged felony sexual assault, which led to a violent altercation between Blake and the police.

Kenosha officer Rusten Sheskey shot Blake seven times after he had attempted to enter his car, leaving him paralyzed from the waist down.

Rittenhouse was in the area during the Aug. 25 riots following the Blake shooting, it was there that he shot the three men. He is currently on trial for six charges in the shootings of Joseph Rosenbaum, Anthony Huber, and Gaige Grosskreutz.

The governor previously deployed 500 National Guard troops in January ahead of the court’s charging decision in connection to the shooting.