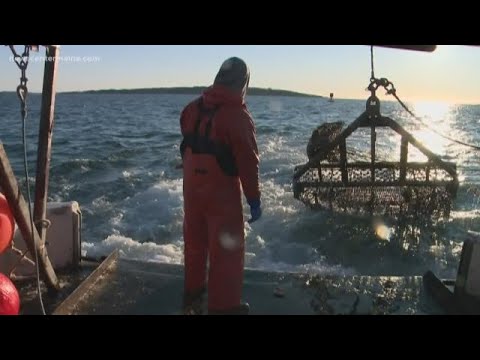 Lucky Fisherman Reels In Something No One Had Ever Seen

A fisherman made a 1-in-100 million catch over the weekend when he caught an extremely rare “cotton candy” lobster off the coast of Maine.
Fisherman Bill Coppersmith said that during his career as a fisherman he’d caught an orange and white-colored lobster which are both rare-colored lobsters but he had never seen a cotton candy lobster.

The lobster, named “Haddie” after Coppersmith’s granddaughter, really is a rare catch with the odds of catching one literally estimated to be 1 in a million. Haddie is currently looking for her forever home.

Bill Coppersmith, who has been catching lobster for more than 40 years, was on his boat in Casco Bay when he found Haddie in one of his lobster traps. Coppersmith has been working for the Get Maine Lobster for two years when he pulled Haddie in one of his traps, he and his crew were very excited and immediately started sharing photos of their extraordinary catch while they were still on the boat. Coppersmith named the lobster Haddie after one of his granddaughters.

“Her cotton candy coloring, that looks pearlescent and almost opal-like, is the result of a genetic mutation,” Mark Murrell, CEO of Get Maine Lobster, said.

“Any lobster that stands out from that, such as Haddie’s cotton candy hues, does put them at risk with predators. They have a lower chance of survival in the wild,” Murrell stated.

Due to Haddie’s unique coloring, she will not be sold and is currently in a tank in Portland, but there is an open call for interested aquariums to rehome her so she can live safely.

Must be a slow news day.