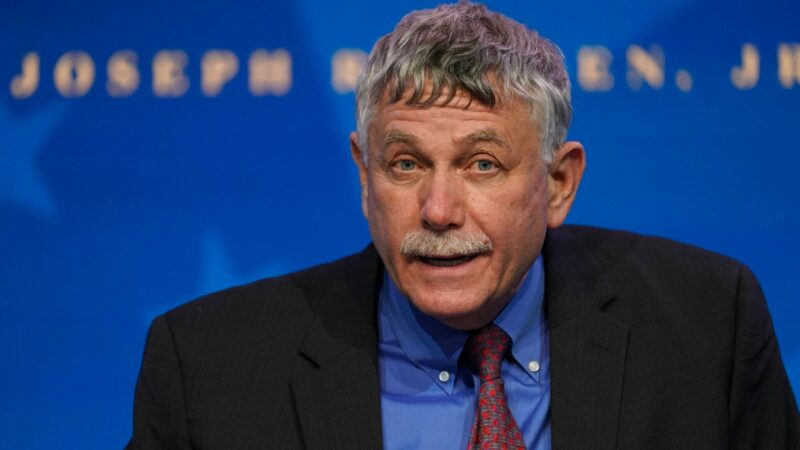 The investigation determined that Lander, who serves as director of the Office of Science and Technology Policy (OSTP) and is a Cabinet member was guilty of treating his subordinates unprofessionally.

According to a 20-minute briefing, the White House deputy director of management and administration for personnel Christian Peele said the investigation found “credible evidence of disrespectful interactions with staff by Dr. Lander and OSTP leadership.”

“The investigation found credible evidence of instances of multiple women having complained to other staff about negative interactions with Dr. Lander, where he spoke to them in a demeaning or abrasive way in front of other staff,” Peele said during the briefing.

Specifically, the investigation found that Lander bullied his former-general counsel, Rachel Wallace. Lander apologized to staff in an email Friday.

“I am deeply sorry for my conduct. I especially want to apologize to those of you who I treated poorly or were present at the time,” Lander wrote. “It’s my responsibility to set a respectful tone for our community. It’s clear that I have not lived up to this responsibility. I have spoken to colleagues within OSTP in a disrespectful or demeaning way.”

Lander laughed at and taunted subordinates in public settings and enjoyed embarrassing female colleagues, according to anonymous OSTP staffers.

“Everyone is afraid of him,” one OSTP staffer said.

White House press secretary Jen Psaki addressed the matter during Monday’s press briefing, saying that Lander’s behavior is “not acceptable.” However, Lander has not been fired, despite Biden’s promise to fire anyone who treats “another colleague with disrespect.”

“If you are ever working with me and I hear you treat another colleague with disrespect, talk down to someone, I promise you I will fire you on the spot,” the president vowed on Inauguration Day. “On the spot. No ifs, and, or buts.”

Psaki indicated that Lander was being “monitored for compliance instead of being let go.

“In addition to a full, thorough investigation, it was conveyed during meetings with senior White House officials directly that behavior was inappropriate, corrective action was needed and we will monitor for compliance to that – to those actions that were required again. I think he may have also seen- or it was reported- that he also sent a note to his staff conveying his commitment to abide by that, and we certainly hope that that is the case,” Psaki said, later deflecting when pressed about Biden’s firing promise.

“I would just reiterate that the president takes his commitment to having a respectful work environment incredibly seriously, and it’s something that he conveys clearly to all of us on a regular basis,” Psaki added.