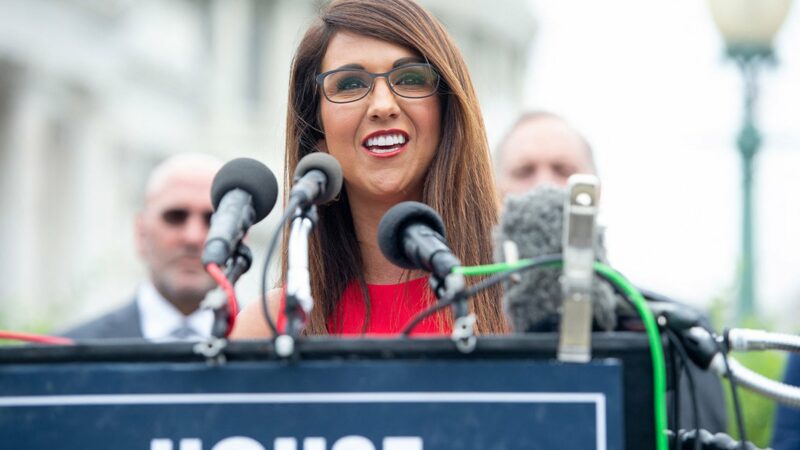 Rep. Lauren Boebert has proposed legislation that would no longer allow migrants who enter the United States illegally to have access to federally funded legal support.

The Colorado Republican wrote the “No Taxpayer-Funded Lawyers for Illegal Aliens Act” with support from other House conservatives and immigration reduction organizations. Boebert said no organization or city should be spending federally funded dollars on legal aid for people who crossed the southern border illegally.

“The principle is really simple: No more American tax dollars to help illegal aliens cut the line and skirt our laws,” Boebert, a freshman lawmaker, said.

The new Legal Access at the Border (LAB) program will prepare migrants for the immigration legal process in California, Arizona, and Texas, instead of directly providing them will legal aid. The services would be available to migrants who are attempting to cross the Southern border, those currently in Border Patrol custody or enrolled in the newly reinstated Remain in Mexico program.

“Democrats want to treat border detention facilities like an Oprah Winfrey show,” Boebert said. “You get free education, you get a free plane ticket. You get free medical care. You get free, free, free. It really has to stop and my bill is the first step in this process.”

Boebert’s bill would also prevent cities from channeling federal dollars into legal aid help for undocumented immigrants. The Vera Institute has already partnered with other cities across the country to create a public defender system for immigrants facing deportation. One study showed that cities have spent an estimated $5.6 million in taxpayer money for illegal immigrants’ legal defense.

In a statement, the Vera Institute of Justice said that providing legal counsel to immigrants is “widely supported and in line with our most fundamental shared American values.”

The statement continued: “No one should appear in immigration court without a lawyer, especially when the consequences include possible deportation and separation from one’s family and community. It’s the government’s responsibility to protect the fundamental rights, health, and security of everyone in our communities, including immigrants who are targeted by our expanding federal enforcement system.”

The Biden administration has seen an unprecedented number of migrant encounters which have caused a serious crisis at the southern border. The primary focus has been on quickly processing migrants into the interior rather than keeping them in border facilities.

Migrant encounters at the southern border reached 178,840 in December 2021 – drastically higher than the 73,994 encounters the previous December.

Fed-up Republicans have been slamming Biden over the fallout from his border security policies. Last month, Rep. Ashley Hinson, R-Iowa, introduced legislation to keep taxpayer money from paying for migrant flights into the U.S. Interior.

Hinson’s bill comes in response to footage obtained by a Freedom of Information request by former Westchester County Executive Rob Astorino, which shows migrants being transported on charter flights at night to Westchester, New York.

“Gone are the days where we allow foreign nationals to break our laws illegally, cross the southern border, and then we the people provide a legal defense at American taxpayers’ expense so they can remain here illegally,” she said.

“Non-profit entities and the Biden Administration brazenly use taxpayer dollars for lawyers for illegal aliens to abuse American laws and courts and avoid the deportation they deserve,” Brooks said in a statement. “This heinous misuse of tax dollars to undermine the rule of law is emblematic of the Biden Administration’s extremely harmful policy of importing as many illegal aliens as they can as quickly as they can.”

Boebert’s bill would make a legal aid exception for minors who have been trafficked.  Her bill is endorsed by right-leaning groups NumbersUSA and the Federation for American Immigration Reform (FAIR).