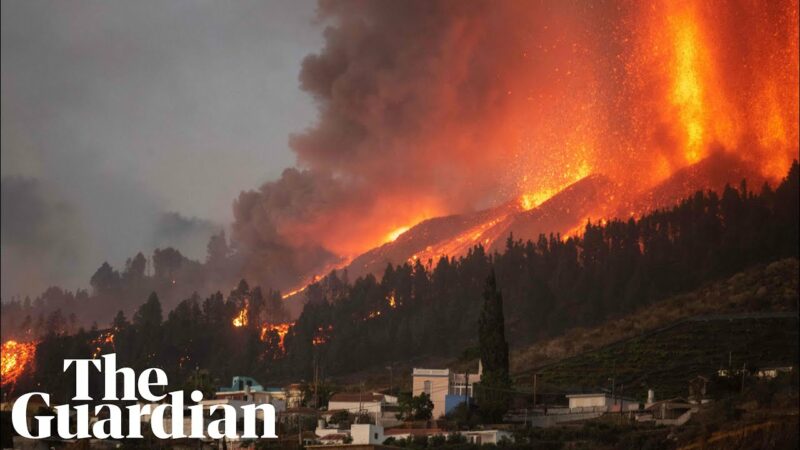 Volcano Laying Dormant For Half A Century Violently Erupted This Weekend

A volcano that erupted for the first time in fifty years forced a Spanish island to evacuate thousands of people Sunday.

The fiery flowing lava destroyed at least 100 homes and forced roughly 5,500 people, including approximately 500 tourists, to evacuate Spain’s La Palma Island. There are an estimated 85,000 residents on the island, fortunately no fatalities or injuries have been reported at this point.

The molten rock continues to creep towards the Atlantic and officials at The Canaries Volcanology Institute warn of the possibility of a cloud of toxic gases as it cools. Contact between the sea and the lava could also spark explosions, according to a spokesperson for Spain’s military emergency unit.

Officials hope there will be no need for further evacuations, however they advised the public to be vigilant. “It (the volcano) is still active and will continue to be active for the next few days,” President of the Canary Islands Angel Victor Torres said at a news conference on Monday.