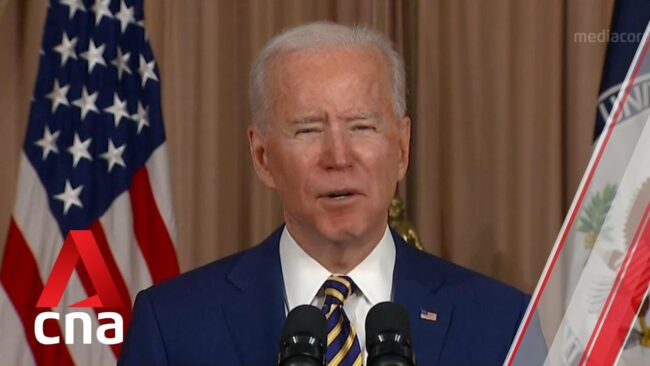 Republican Texas Sen. Ted Cruz said Sunday that he believes the possibility of China launching an “amphibious assault” against Taiwan has “increased tenfold” since the “disaster” of America’s withdrawal from Afghanistan.

“Xi Jinping in China is watching how America behaves and they’re taking on the man in the Oval Office and I believe that the Chinese amphibious assault on Taiwan has increased tenfold in the last month because a Xi has looked at Biden and Xi made the determination that Biden is too weak and too unable to do anything that this is now a ripe opportunity for China to move militarily on Taiwan,” Cruz said.

“I have said for a long time that I think China is the single greatest geopolitical threat facing the United States for the next century and one – we talked a minute ago about the consequences of Afghanistan and the disaster of the failure of Biden’s weakness, every enemy across the globe saw that weakness and they took the measure of the man,” the senator continued.

Cruz said that a Chinese invasion of Taiwan is potentially inevitable because “weakness invites aggression,” adding that it would be “utterly disastrous.” It is “absolutely” necessary for the U.S. to protect Taiwan “through strength” he said. China made no attempt to attack Taiwan during the Trump administration because, Cruz said, the Chinese knew former President Donald Trump was a man who “would stand up to them.”

“When you have a president who rolls over for everything, it only invites the bad guys to do worse and worse things,” Cruz said.

Chinese President Xi Jinping (C) delivers a speech during a ceremony to honour people who fought against the COVID-19 coronavirus pandemic, at the Great Hall of the People in Beijing on September 8, 2020. (Photo by NICOLAS ASFOURI / AFP) (Photo by NICOLAS ASFOURI/AFP via Getty Images)
At a celebration in July for the 100-year anniversary of the Chinese Communist Party, Xi said that the “Chinese people will absolutely not allow any foreign force to bully, oppress or enslave us.”

“Anyone who attempts to do so will face broken heads and bloodshed in front of the iron Great Wall of the 1.4 billion Chinese people,” the president stated at the event. That same month, dozens of Chinese fighters entered Taiwanese airspace in the largest incursion staged yet.

Thursday, House Speaker Nancy Pelosi acknowledged that China is committing genocide within its borders, however she said the U.S. must still work with the Chinese on climate change.