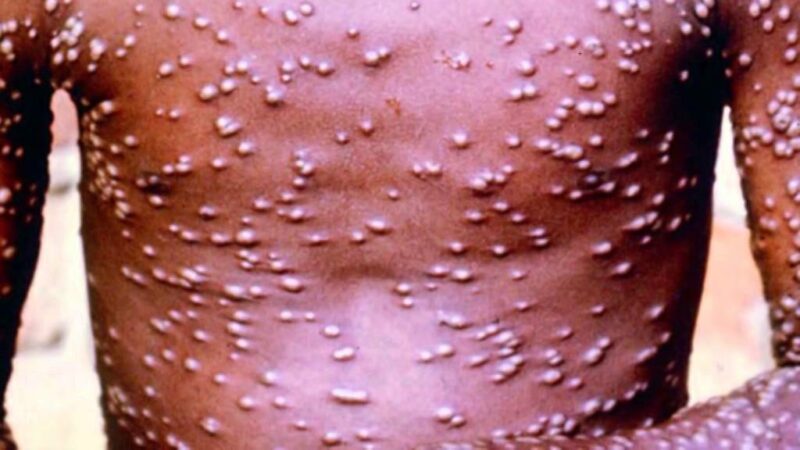 A laboratory worker was cleaning out a freezer at a research facility in Pennsylvania when several frozen vials labeled “smallpox” were discovered.

Thankfully the vials appear to be intact. The CDC, its administration partners, and law enforcement are investigating the discovery. The laboratory worker who discovered the vials was wearing gloves and a face mask and at this time is well.

“There is no indication that anyone has been exposed to the small number of frozen vials,” a CDC spokeswoman said.

The Department of Homeland Security was notified immediately upon discovery of the vials Monday night at a Merck facility outside Philadelphia.

There are a total of 15 vials that have been secured, according to the unclassified “For Official Use Only” alert. Five vials were labeled “smallpox” and 10 were labeled “vaccinia.”

According to the CDC’s website, smallpox is a disease caused by the variola virus. The virus was eradicated due to the success of vaccination and there have been no naturally occurring cases since 1977. The last outbreak of smallpox in the United States was in 1949.

The symptoms of smallpox begin with a high fever, head and body aches, and, in some cases, vomiting. After two to four days, a rash appears. The rash spreads and develops into raised bumps that crust and scab over. After about three weeks, the scabs fall off, leaving pitted scars.

The virus is considered so deadly that there are only two labs in the world authorized to store samples of it, one is in Russia and the other is located at the CDC in Atlanta.

Scientists have debated for years whether or not to destroy the remaining samples. Those in favor of keeping them have argued they are needed to develop new vaccines in response to a new outbreak.

The majority of Americans are not vaccinated against smallpox, and those who have been vaccinated would likely now have waning immunity.

The CDC is scheduled to arrive on-site Wednesday to take custody of the vials which will be taken to another facility for testing.