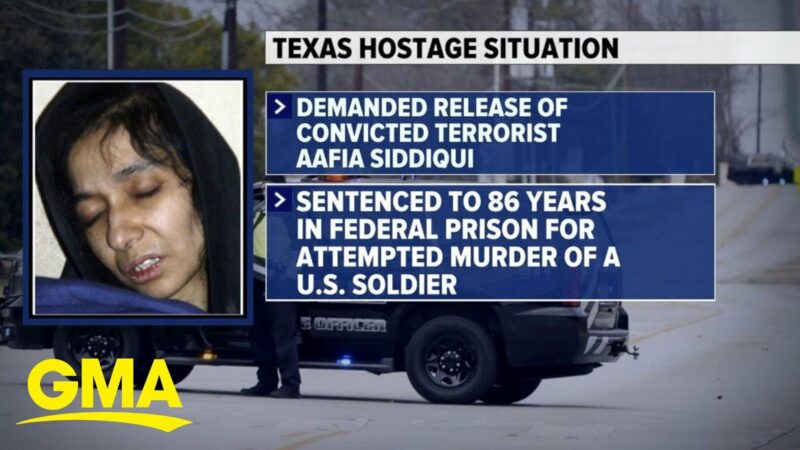 Two teenagers in the United Kingdom have been arrested in connection to the hostage incident at a Dallas area Synagogue over the weekend.

“As part of the ongoing investigation into the attack that took place at a Synagogue in Texas on 15 January 2022, Officers from the Counter Terror Policing North West have made two arrests in relation to the incident,” the Greater Manchester Police said in a statement Sunday.

“Two teenagers were detained in South Manchester this evening,” the statement continued. “They remain in custody for questioning.”

The news comes after Malik Faisal, a British national, was identified as being responsible for the hostage–taking incident in Texas over the weekend.

Akram was identified by the FBI as the hostage-taker at Congregation Beth Israel in Colleyville, near Fort Worth, which resulted in an hours-long standoff with police Saturday that culminated with the hostages escaping unscathed and the death of Akram.

Akram was demanding that the U.S. release Aafia Siddiqui, a Pakistani woman who is imprisoned in Texas on charges of trying to kill American service members in Afghanistan. Siddiqui is currently serving an 86-year prison sentence after being convicted in 2010 of the 2008 incident in Manhatten.

The FBI said that it is still processing evidence from the synagogue, but investigators believe Akram acted alone.

“The FBI’s Evidence Response Team (ERT) will continue processing evidence at the synagogue. At this time, there is no indication that other individuals are involved,” FBI Dallas said in a statement.

Is ‘two teenagers’ supposed to make people sympathetic? THEY WERE ADULTS!