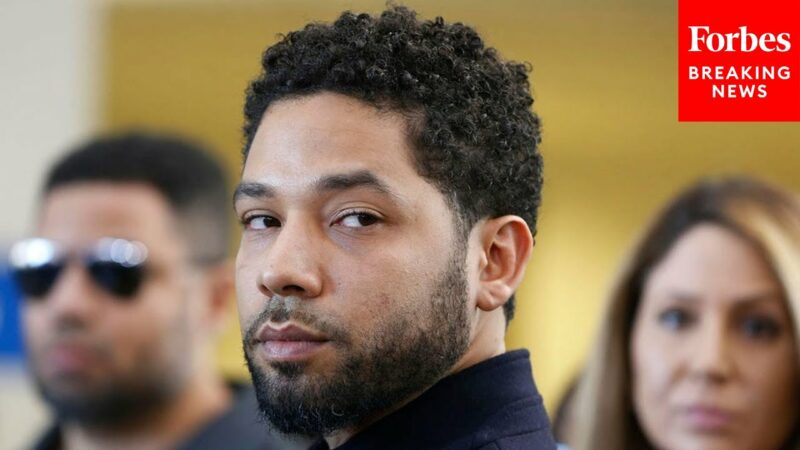 The disorderly conduct trial of former “Empire” star Jussie Smollett got underway Monday with opening arguments in what is expected to be a week-long trial.

Cook County Circuit Court Judge James Linn, who is presiding over the case, has prohibited cameras in the courtroom for the duration of the trial, and allowed only two pool reporters in the courtroom, citing COVID-19 restrictions.

Smollett is facing six felony counts of disorderly conduct stemming from a February 2019 incident in which he claimed to be the victim of a racist and homophobic hate crime. The actor claimed that he had gone out around 2 a.m. to get something to eat when two men had attacked him, yelled racist and homophobic slurs at him, draped a noose around his neck, and poured bleach on him.

Prosecutors allege that Smollet filed a false police report claiming that he had been the victim of a hate crime and that he had in fact staged the “attack.” He was originally indicted in February 2020 and pleaded not guilty to all charges. If convicted, Smollett could face up to three years in prison.

Two men, Abel and Ola Osundairo, related to the incident and for whom Smollet paid $3,500, are expected to testify to the prosecution about whether or not they were paid to stage the assault, as the prosecution alleges.

Smollett was initially charged with 16 counts of disorderly conduct, however, Cook County Prosecutor Kim Foxx dropped some of the charges. A judge later appointed a special prosecutor to pursue the case, after finding that Foxx had improperly assigned the case to a deputy in her office.

“he claimed to be the victim of a racist and homophobic hate crime.”
﻿The only ‘hate crime’ was committed by him against whites.