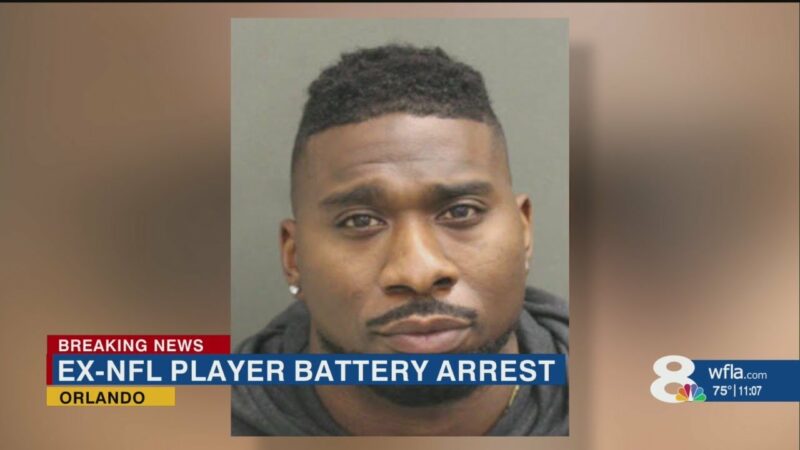 After video footage circulated showing a guy recognized as Zac Stacy, former running back for the St. Louis Rams, severely abusing his ex-girlfriend beside a child, he was apprehended in Orlando, Florida.

The attack happened on November 13th, and authorities claim that officers responded “within two minutes, and were able to determine a domestic violence battery had occurred, and that the suspect, Zackary Stacy, had fled the scene.”

The victim of the incident obtained a restraining order against Stacy claiming, “He punched me several times in the head! I begged him to stop because the baby was on the couch just a few feet from where he punched me.”

Before his capture on Thursday, Stacy was believed to have fled the state. After the video went viral, the victim proceeded to social media to claim that Stacy’s pals were keeping him hidden from the police.

“Based on the video and domestic violence report regarding Zac Stacy, the TransPerfect Music City Bowl has terminated the relationship with Zac Stacy effective immediately,” the Music City Bowl said in their reply.

Former colleagues and current NFL players were outraged by the incident.

“Woke up to the Zac Stacy video,” 11-year NFL veteran Chris Long said. “Made my stomach turn. Not retweeting. Crazy to play w someone for a couple years & you have no idea what kind of bull**** they do at home.”

“I’m not retweeting the video but ZAC STACY NEED TO BE THROWN UNDER THE JAIL,” Packers wide receiver Davante Adams said on Twitter. “Any man that puts his hands on a woman is a coward. Can’t believe what I just saw.”

Put this woman-beating coward in prison in a cell with members of the Aryan Brotherhood then we’ll see what a tough guy he is.