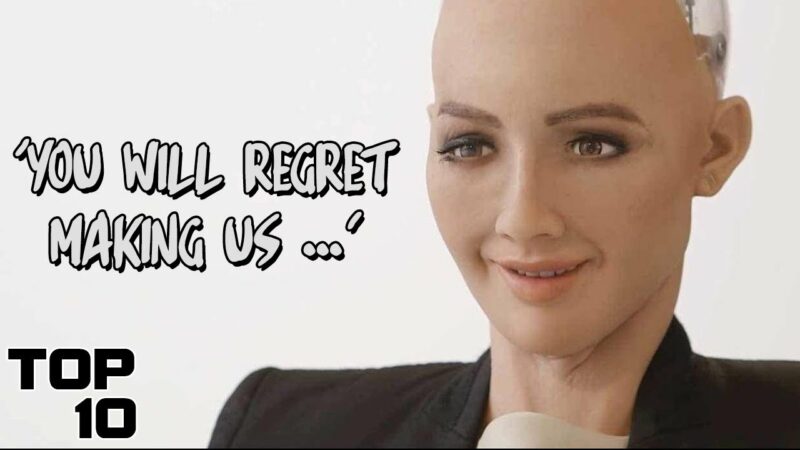 We have to give credit to scientists from the University of Vermont, Tufts University, and Harvard University’s Wyss Institute for Biologically Inspired Engineering for inventing the world’s first “self-replicating living robots” on Monday.

“The same team that built the first living robots (‘Xenobots,’ assembled from frog cells—reported in 2020) has discovered that these computer-designed and hand-assembled organisms can swim out into their tiny dish, find single cells, gather hundreds of them together, and assemble ‘baby’ Xenobots inside their Pac-Man-shaped ‘mouth’—that, a few days later, become new Xenobots that look and move just like themselves,” the schools revealed in a statement. “And then these new Xenobots can go out, find cells, and build copies of themselves. Again and again.”

The study’s primary author, Josh Bongard, a computer science professor and robotics expert at the University of Vermont, pointed out that people have the erroneous idea about robots, concentrating on what they are composed of rather than what they perform.

“Most people think of robots as made of metals and ceramics but it’s not so much what a robot is made from but what it does, which is act on its own on behalf of people,” he said. “In that way it’s a robot but it’s also clearly an organism made from genetically unmodified frog cell.”

“Bongard said they found that the xenobots, which were initially sphere-shaped and made from around 3,000 cells, could replicate. But it happened rarely and only in specific circumstances. The xenobots used “kinetic replication” — a process that is known to occur at the molecular level but has never been observed before at the scale of whole cells or organisms, Bongard said.

With the help of artificial intelligence, the researchers then tested billions of body shapes to make the xenobots more effective at this type of replication. The supercomputer came up with a C-shape that resembled Pac-Man, the 1980s video game. They found it was able to find tiny stem cells in a petri dish, gather hundreds of them inside its mouth, and a few days later the bundle of cells became new xenobots.”

Researchers were able to “easily extinguish” the xenobots, which are biodegradable and supervised by “ethics experts.”

“We are working to understand this property: replication. The world and technologies are rapidly changing. It’s important, for society as a whole, that we study and understand how this works,” Bongard revealed. “This is an ideal system in which to study self-replicating systems. We have a moral imperative to understand the conditions under which we can control it, direct it, douse it, exaggerate it.”

“The speed at which we can produce solutions matters deeply. If we can develop technologies, learning from Xenobots, where we can quickly tell the AI: ‘We need a biological tool that does X and Y and suppresses Z,’ —that could be very beneficial,” he added. “Today, that takes an exceedingly long time.”

So this is how the human race ends ??? That’s it keep making things that can reproduce then take over cause the human race is to stupid or corrupt to run the world . Just like in the movies , we will be keep like animals in a zoo . Good job . Dumb ass’s … like we couldn’t screw up on our own . The delusional democrats are doing that for us as we speak