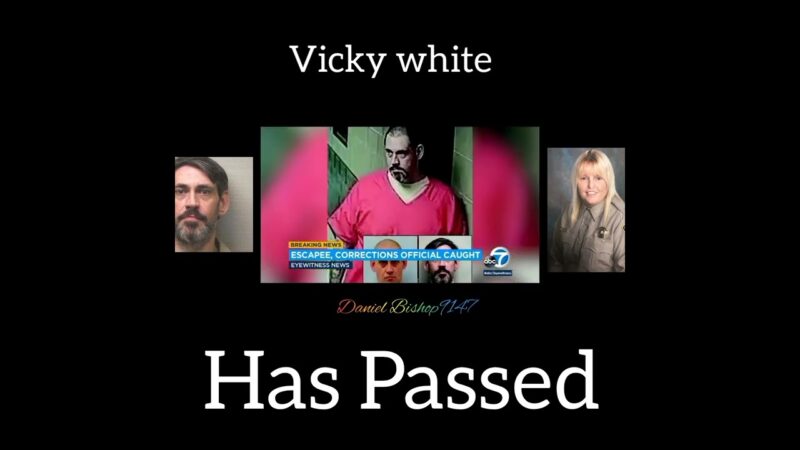 Tragic End To Manhunt For Corrections Officer And Murder Suspect

Sheriff Rick Singleton announced Monday afternoon that the couple had been captured in Evansville, Indiana, following a police pursuit. The couple had been on the run since April 29 when she helped him escape from the Lauderdale County Jail.

U.S. Marshals and local law enforcement were in pursuit of the pair after they were spotted at a hotel.

During the pursuit, the Cadillac driven by Casey was involved in a wreck and he surrendered to law enforcement. Vicky was transported to Deaconess Hospital with a self-inflicted gunshot wound. She was pronounced dead at 7:06 p.m. CST by the Vanderburgh County coroner.

No citizens or law enforcement officers were hurt during the escape or pursuit.

“We got a dangerous man off the streets today,” Singleton said of Casey. “He is never going to see the light of day again.”

“I had every bit of trust in Vicky White. She has been an exemplary employee,” Singleton said. “What in the world provoked her, prompted her, to pull something like this, I don’t know. I don’t know if we’ll ever know.”

Singleton said Casey will have to be extradited back to Alabama to face arraignment, but he is not sure how long that process will take.

Upon arrival in Alabama, Casey will be immediately arraigned and transferred to the Department of Corrections. Singleton said the judge has already agreed to come out to complete the process “even if it’s 2 a.m.”