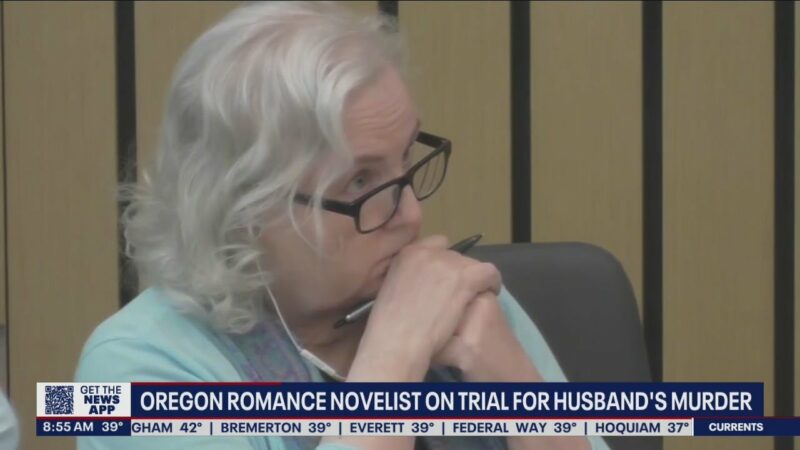 Nancy Crampton Brophy, author of “How to Murder Your Husband,” stands accused of actually murdering her husband and confessing to the crime while in prison.

Crampton Brophy is currently on trial for the murder of her husband who was shot in an Oregon Culinary Institute classroom in 2018.

Multnomah County Senior Deputy District Attorney Shawn Overstreet claims the self-published novelist and blogger confessed to her cellmate that she had committed the murder, describing in detail how she did it.

The self-published novelist apparently committed the murder so she could collect the $1.5 million life insurance. The prosecution also alleges that Crampton Brophy spent $15,000 on parts for a ghost gun in 2017.

A search of the couple’s computer revealed a bookmarked article entitled, “10 Ways to Cover Up a Murder.”

Crampton Brophy’s defense attorney has argued that she was at a Starbucks in Washington County when her husband was murdered. “Nancy Crampton-Brophy has always been thoroughly, madly, crazy in love with Daniel Brophy, and she still is to this day. For Nancy Brophy, he was perfect,” her defense team argued during opening statements.