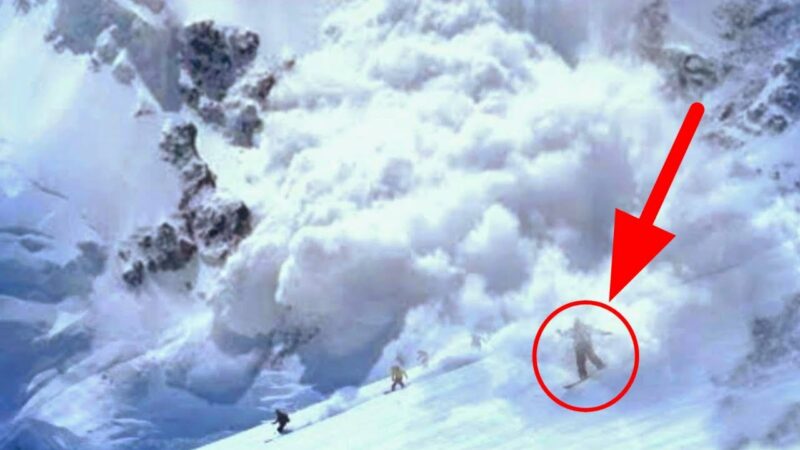 Tourist Takes Terrifying Video Of Avalance As It Rushes Over Him

Ten people have survived after a powerful avalanche washed over them in the Tian Shan Mountains in Kyrgyzstan.

Harry Shimmin had broken away from the guided tour group to take pictures he said he heard “the sound of deep cracking ice behind me.”

He added: “I’d been there for a few minutes already so I knew there was a spot for shelter right next to me.

“I left it to the last second to move, and yes, I know it would have been safer moving to the shelter right away. I’m very aware that I took a big risk. I felt in control, but regardless, when the snow started coming over and it got dark/harder to breathe, I was bricking it and I thought I might die.”

The Tian Shan mountains straddle south-eastern Kyrgyzstan and its northeast border with China. They formed part of the ancient Silk Road trading route from the Middle East and Asia to the west.

Shimmin said he knew the rest of his group was further away, so he knew they would be safe, and described feeling “giddy” when he realized he was only covered in light powder “without a scratch.” The group had been due to walk the path shortly afterward.

“We would have only heard the roar before lights out,” he said.

Other members of the group – which included an American – suffered a minor cut, while one fell off a horse.

Shimmin added: “The whole group was laughing and crying, happy to be alive (including the girl who cut her knee). It was only later we realized just how lucky we’d been. If we had walked five minutes further on our trek, we would all be dead.”