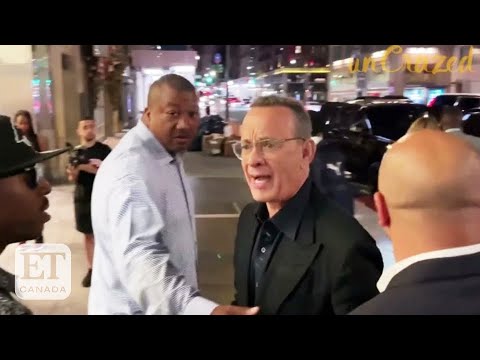 Tom Hanks Gets Furious When Fans Nearly Knock Down His Wife

Actor Tom Hanks lashed out at fans Wednesday night in New York City after they nearly knocked over his wife, Rita Wilson.

The couple was walking on a New York City sidewalk late Wednesday when a group of overzealous fans came up behind the couple and nearly tripped Wilson, video shows.

“Stop it,” Wilson was heard screaming.

“My wife? Back the f**k off! Knocking over my wife?” an infuriated Hanks shouted before the couple was escorted into their car.

One fan was heard apologizing.

“Sorry about that, Tom.”

Hanks and Wilson have been married for 34 years and share two children,  Chet, 31, and Truman, 26.

There have been growing concerns about Hanks’ health after a video showed him visibly shaking while promoting his new Elvis Presley biopic.

During a June 4 promotional event for the film, Hanks was on stage, holding a microphone in his right hand while his left hand was kept in his pocket.

“There is no better place in the world to make a motion picture than right here on the Gold Coast,” Hanks said as his arm trembled.