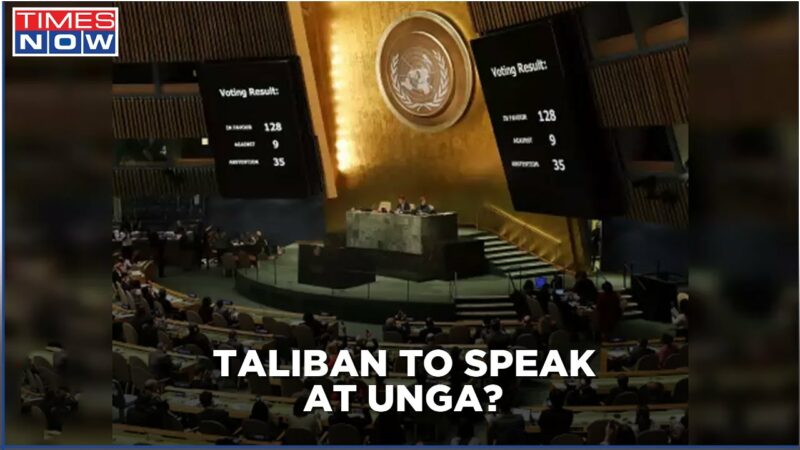 The U.N. Is Shook By Unusual Request From The Taliban

The Taliban presented an ambassador to represent their government of Afghanistan in the United Nations this week to request that world leaders officially recognize the regime.

Afghanistan’s current U.N. ambassador is Ghulam Isaczai who was assigned by the now fallen government of Afghanistan supported by the U.S. military. The Taliban nominated Suhail Shaheen as their representative and requested that he would be allowed to address the assembly.

Biden has faced strong criticism for the way he coordinated the U.S. withdrawal from Afghanistan. He assured everyone that the exit would be “safe and orderly,” but it was instead chaos and confusion. During the evacuation, 13 U.S. service members and nearly 100 Afghans lost their lives in a suicide bombing. When the dust cleared on August 31, approximately 100 Americans and tens and thousands of Afghan refugees were left behind in Afghanistan.

Biden and his officials insisted that the U.S. was prepared for the Taliban to take over as quickly as it did but reporters questioned if the White House was sufficiently prepared.

“I don’t think anyone assessed that they would collapse as quickly as they did. Anyone – anyone in this room, anyone anywhere in the world,” Psaki responded. “If you have anyone who did I would be surprised.”

U.S. intelligence community informed Biden that the Afghan government could fall in a matter of days, but the administration ignored all warnings.

The Biden administration has tried to divert blame for the Afghanistan catastrophe to former President Donald Trump’s administration as well as the Afghan government. Biden maintains that Trump neglected to enforce the conditions of his peace agreement with the Taliban. The White House also argues that the Afghan military did nothing to assure the survival of their government.