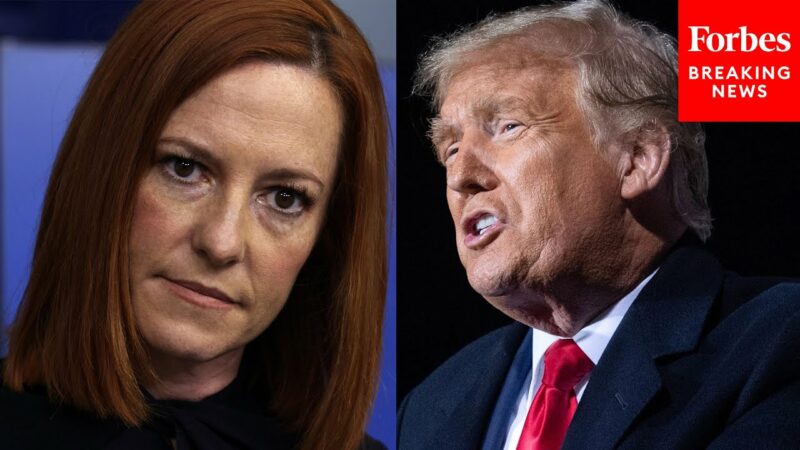 A reporter noted that President Joe Biden said that the images coming from the border – which clearly show thousands of migrants sleeping in a tent city under a bridge in Texas – were “horrible.” Some Democrats have said that the images are very similar to the way the border looked under the Trump administration, and the reporter asked Psaki what Biden thinks about those comments.

“What our role is, and what the president has asked his outreach team, his national security team, homeland security team to do, is to explain clearly what the policy is and is not. We could not see it as any more different than the policy of the prior administration which the president feels and we all feel was inhumane, immoral, ineffective, wasn’t operationally working.”

“And because of the dysfunction of it, we have led to a very broken system that we are dealing with today,” Psaki continued. “So what he has asked all of us to convey clearly to the people who are understandably, have questions, are passionate, are concerned, as we are about the images that we have seen, is one, we feel those images are horrible and horrific.”

Psaki said that there is an ongoing investigation at the Department of Homeland Security (DHS) and that it would “happen quickly.” She also said that horses would no longer be used in Del Rio, where pictures allegedly showed Border Patrol agents using reins to whip migrants. Border patrol has denied the allegations and said the reins were being used to control the horses.

“It’s also important for people to understand what our process and our immigration process is,” Psaki continued. “We are still under Title 42 because we are in a global pandemic so we are still operationalizing that. If people are not expelled under that, then there are a range of options.”