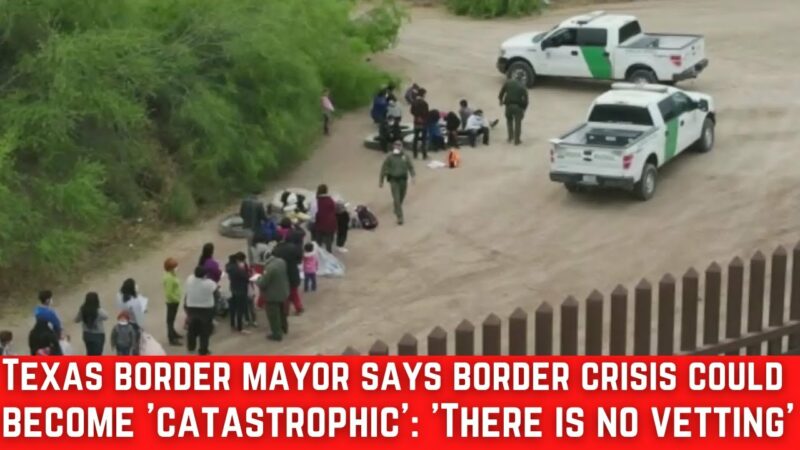 “You and I have to obey the rule of law, if we break the law, they’re going to come arrest us, we’re going to be punished,” McLaughlin said. “But yet we’re going to reward all these migrants that are coming across the border; and these should have been here and broke the law, now we’re going to drop the cases and let them run free?”

McLaughlin said that the city is forced to use local taxpayer funds to deal with the border crisis.

“And this administration does nothing about it,” McLaughlin added.

“It’s ridiculous that we, this administration, put illegal immigrants across our border illegally. They have greater rights than American citizens,” the Texas mayor said.

The Biden administration announced it would end Title 42, which allows border officials to quickly turn migrants away if, “there is a serious danger to the introduction of a communicable disease into the United States.”

After the Biden administration did away with most border restrictions, Title 42 is one of the few remaining methods which border officials can use to curb the flow of illegal crossings at the Southern border.

A demonRAT mayor. Just like the cocksucker in the WH, every piece of trash is better then true Americans