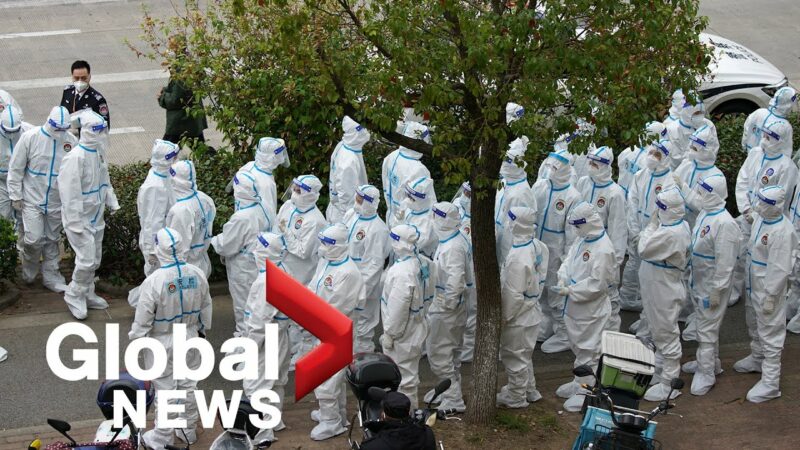 The Chinese Communist Party (CCP) has implemented extreme measures to curb a COVID-19 outbreak in Shanghai, one of the world’s largest cities.

Thousands of health care workers were taken into the city to conduct daily mass testing of its 26 million residents. Children who test positive for the virus are being taken from their uninfected parents and forcibly moved to government isolation facilities, according to multiple reports.

On March 28, CCP authorities began a two-stage lockdown that was set to end Tuesday after there had been time to test every resident of the city in two groups. However, the lockdown has been extended, and testing continues, with some residents being woken up by CCP workers and military members before sunrise to get swabbed.

Around 38,000 medical professionals and 2,000 members of the People’s Liberation Army have been sent to Shanghai to assist with the mass testing and lockdown effort, according to state media. Testing facilities are primarily using pool testing, meaning as many as 10 to 20 samples are pooled together for a single test, and if the overall sample is positive then every individual included is treated as positive.

Individuals who refuse a COVID-19 test are subject to criminal punishment, authorities said. Asymptomatic positive tests surged to 13,000 Monday. There have been no deaths reported as part of the current outbreak, which began in March.

There has been public outcry over the policy of separating children from their parents to quarantine, as well as isolating asymptomatic individuals along with those who are sick.

A petition to allow children without symptoms to isolate themselves at home with their parents was removed from the social media platform WeChat this week. Diplomatic sources have said that some children of American citizens have been taken from their parents.

There are currently 23 Chinese cities under full or partial lockdown, with a combined population of nearly 200 million people.

Municipal health official, Wu Qianyu said during a briefing the city must adhere to the zero-COVID policy “without wavering.” The lockdown could last for months.

Individuals in Shanghai have reported problems getting food, as they cannot go to grocery stores and no delivery drivers are available to bring goods to quarantined residents.