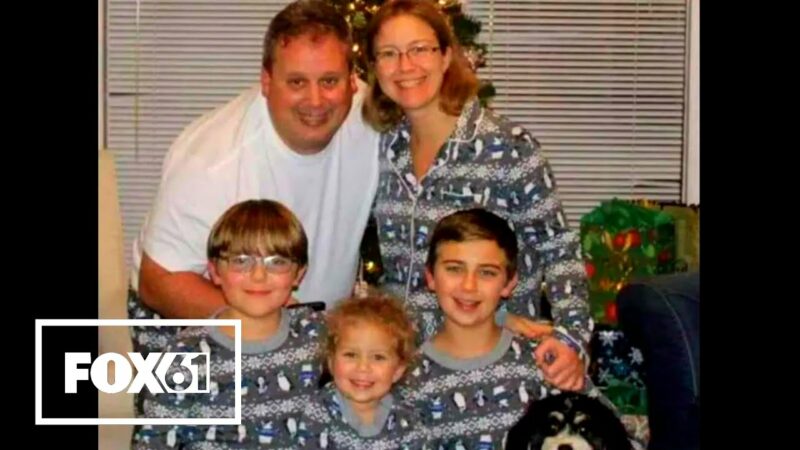 Jury selection has begun in the case of the suspected killer known as the “Disney Dad.”

Anthony Todt is accused of murdering his wife, three kids and the family dog in 2020, then living with their decaying bodies in the family’s Disney vacation home for weeks.

The Osceola County Sheriff’s Office in Florida conducted a welfare check on January 13, 2020, where they found Todt with his family’s decaying bodies, according to the criminal complaint.]

First responders said that when they arrived on the scene, Todt  “was barely able to stand and shaking.” He told paramedics he had tried to kill himself by taking an overdose of Benadryl.

According to legal documents, Todt confessed to the murders while he was in the hospital, however his defense team argued that Todt had not been properly read his Miranda rights before the interrogation began.

The officers took a 50-minute break during the interrogation and upon returning they reread Todt his rights, but the defense argued the entire interrogation should be thrown out and so should his January 15, 2020 statements because they were tainted.

The Florida judge presiding over the trial partially granted the defense’s motion in March and the statements Todt made before the officers took their break were thrown out.

The judge ruled that all statements made after the break on January 15, 2020, will be allowed.

“That’s the effect it will have on the defense,” University of Miami law professor Don Jones said. “The chess game over the confessions will likely be the entire trial.”

However, should the defense convince the jury the rest of his statements to the police were compromised and that he didn’t fully understand the rights that he’d waived, Todt has a chance to win the case, the legal expert said.

Todt was formally charged with four counts of murder and animal cruelty on January 29, 2020 and could face the death penalty if he’s convicted.

The pictures show the hunting knives that were used in the murders, two boxes of Benadryl tablets and a bottle of anti-histamine syrup.

Police also found a bloody mattress, restraints and gun, according to the criminal complaint.

The defense argued in court documents that the cadaver crime scene photos were “unduly prejudicial.”

A motive is still not clear, but Todt was in major financial trouble at the time.

For conservatives, please keep in mind we afford people of their right in the Bill of Rights.