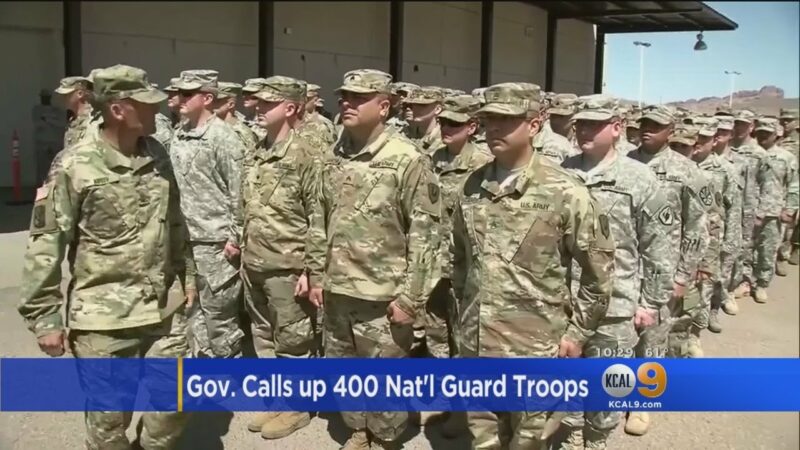 Texas Governor Calls The National Guard Into Action At The Border

Abbott said Guard members will be assisting with law enforcement and also be involved with the early stages of the construction of border barriers and a border wall.

“The Texas National Guard is playing an unprecedented role to secure the border because of the unprecedented refusal of the federal government to fulfill its obligations under federal law,” the governor said in a statement. According to the Border Report, the National Guard does not typically does not perform law enforcement capabilities.

Last month, Abbot issued orders for Guard members to assist the Department of Public Safety (DPS) in the arrest of illegal immigrants who break state laws at the U.S.-Mexico border.

“To respond to this disaster and secure the rule of law at our southern border, more manpower is needed,” Abbott wrote in a letter to Major Gen. Tracy R. Norris of the Texas Military Department. “DPS needs help in arresting those who are violating state law…I hereby order that the Texas National Guard assist DPS in enforcing Texas law by arresting lawbreakers at the border.”

The July order expanded Abbott’s June disaster declaration which directed DPS to enforce all federal and state criminal laws, including criminal trespassing, smuggling, and human trafficking. The declaration provided for the use of all available state resources in order to assist state and local law enforcement in protecting Texans from “criminal activity and property damage.”

According to Homeland Security Secretary Alejandro Mayorkas, nearly 213,000 migrants were encountered at the southern border in July, a 13% increase from the monumental 188,000 migrant encounters in June. This number is astounding when compared to the much lower number in July 2020 when there were 40,929 encounters, a staggering difference of 147, 071 encountered just one year prior.

Abbott has made funding for border security the main priority for the legislative special session. He encouraged border sheriffs and county judges to “make their voices heard” by the House Appropriations Committee.

In March, Abbott implemented Operation Lone Star in an effort to fight the human trafficking and drug smuggling coming into Texas by way of the border. Since Operation Lone Star launched, more than 4,600 arrests have been made by the DPS. The operation has led to the confiscation of more than 700 pounds of cocaine, 127 pounds of deadly fentanyl, and at least 270 firearms.