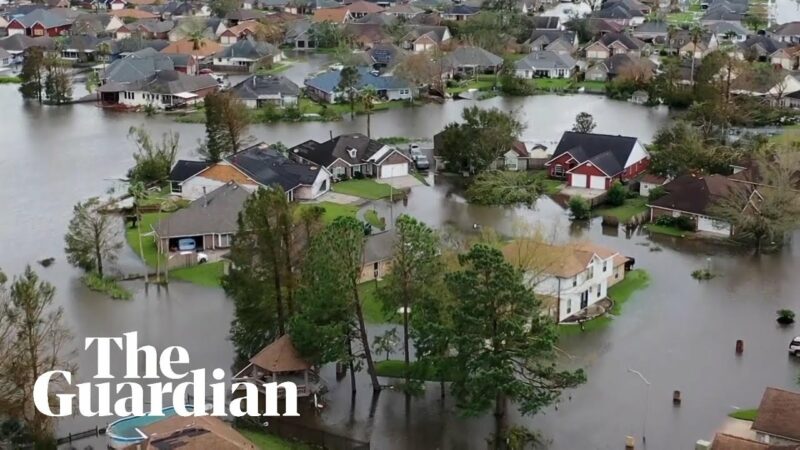 Hurricane Ida pounded the Gulf Coast, wreaking havoc on homes and businesses and stranding more than a million people without electricity.

As it pounded the states of Louisiana and Mississippi with heavy rain and powerful winds, the storm left a trail of devastation in its wake. According to the Associated Press, Storm Ida is the fifth-strongest hurricane to ever impact the United States.

According to NPR, since making landfall on Sunday, Hurricane Ida has wreaked havoc on the states of Mississippi, Louisiana, Alabama, and Florida, bringing high winds, torrential rain, and the potential of tornadoes.

If you have evacuated out of #NOLA, we request that you DO NOT RETURN until further notice. There is widespread debris, power remains out, and emergency services are working to respond to those still in the city. We will let you know when it is safe to come home. #Ida pic.twitter.com/r6rSzGxLX0

According to reports, more than one million individuals in the Gulf area are without electricity. According to the National Hurricane Center, winds reached speeds of up to 150 miles per hour.

Ida made landfall in New Orleans as well. According to CNN, more than a million households and businesses have been left without electricity. According to NPR, officials indicated that the city was better prepared for this hurricane than it had been for the catastrophic Hurricane Katrina, which hit the city in 2005.

In the meantime, Ida has been downgraded to a tropical storm, with winds gusting up to 35 miles per hour. Following a northward course to the Mid-South, it is expected to rotate and go towards the Mid-Atlantic and Northeast during its trajectory, according to Fox News, which broke the story. It is still anticipated to generate flooding, severe gusts, and tornado warnings despite the fact that the storm’s intensity has been reduced.

Sharing some pics of #Ida’s damage around town. This is an extremely hazardous situation and we encourage everyone to stay off the roads. 911 service remains out at this time. pic.twitter.com/6FNNhiXfBF

Ida is tied for the fifth-strongest hurricane to ever hit the U.S. mainland.

Photos show collapsed buildings, including destruction in the French Quarter, and more in the wake of the ongoing storm's dangerous winds. https://t.co/WzVIIrwY5O