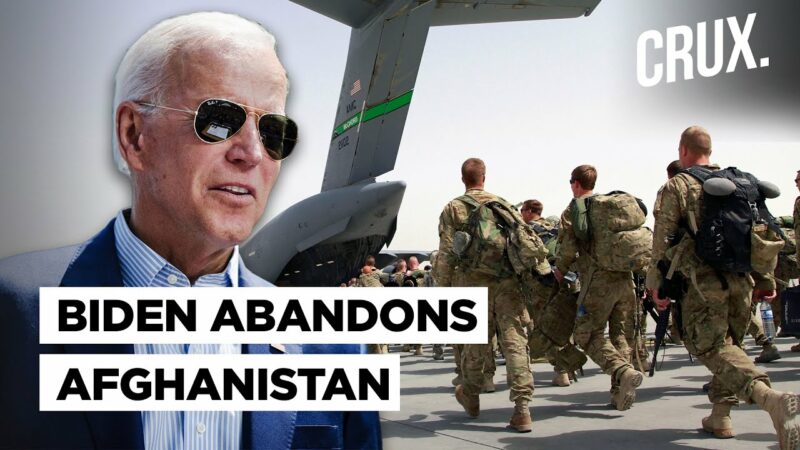 After President Joe Biden pledged to remain in Afghanistan until every American was out, the final U.S. military jet from Kabul departed with “hundreds” of Americans remaining in the country less than two weeks after he made the pledge.

No American civilians were on the final five military flights out of Afghanistan before President Joe Biden’s Aug. 31 deadline, Gen. Kenneth McKenzie remarked Monday afternoon during a press conference: “No American citizens came out on the final, what we call the joint tactical exfiltration, the final five jets to leave.” We retained the power to bring them in until just before departure, but were unable to remove any Americans.”

President Biden on August 19: "If there's American citizens left [on August 31], we're gonna stay to get them all out." https://t.co/2RtPVuhuDI pic.twitter.com/aEYfoUSpUy

“That activity ended probably about 12 hours before our exit, although we continue the outreach and would’ve been prepared to bring them on until the very last minute, but none of them made it to the airport and were able to be accommodated,” McKenzie added.

Secretary of State Antony Blinken had stated that approximately 300 Americans reported to still be in Afghanistan were waiting to evacuate. At the moment, it is unknown how many of those Americans remain in Afghanistan.

When asked what his message is to stranded Americans and Afghan allies, McKenzie emphasized that the diplomatic component of the mission was still ongoing despite the military operation’s conclusion.

“I believe our Department of State is going to work very hard to allow any Americans citizens that are left, and we think the citizens that were not brought outnumber in the low, very low hundreds, I believe we’re gonna be able to get those people out.”

“I think we’re also gonna negotiate very hard and very aggressively to get our other Afghan partners out. The military phase is over, but our desire to bring these people out remains as intense as it was before. The weapons have just shifted, if you will, from the military realm to the diplomatic realm.”