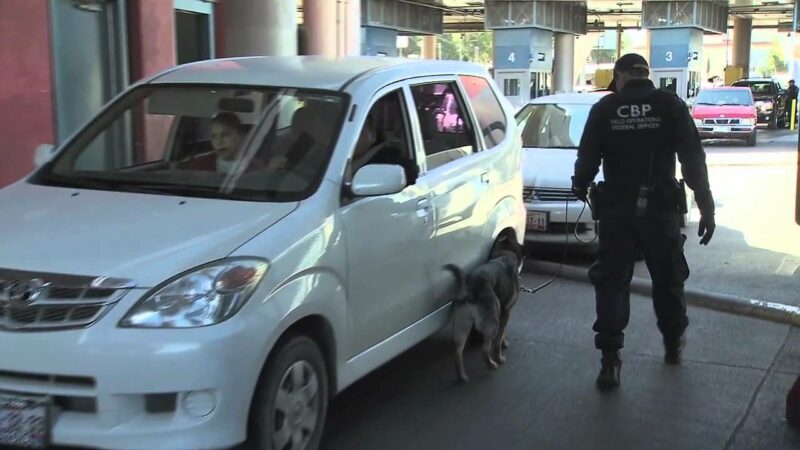 The latest seizure took place on Thursday at the Gateway International Bridge in Brownsville when a 44-year-old woman applied for entry into the U.S.

The woman, who is a U.S. citizen from Brownsville, was driving a 2008 Ford pickup. During an inspection of the vehicle, CBP officers found 24 packages hidden inside the truck.

The packages contained 76.5 pounds of alleged methamphetamine which has an estimated street value of $1,530,874, according to authorities.

“Our officers used their experience and inspection skills to intercept this significant load of prohibited narcotics, delivering another significant blow to illicit drug trafficking in our area,” said Brownsville Port of Entry Director Tater Ortiz.

On Oct. 22, CBP officers arrested another driver – a 60-year-old Mexican citizen who was attempting to smuggle a load of methamphetamine hidden inside a 1997 Freightliner truck, the agency said Thursday.

The driver had applied for entry into the U.S. at the Veterans International Bridge in Brownsville when CBP officers flagged the truck as needing further examination.

Officers discovered 62 buckets containing 2,444 pounds – or 1.2 tons – of methamphetamine inside the truck, the agency said. The alleged illicit drugs had an estimated street value of $48,898,072.

The drivers of each of these incidents were arrested and turned over to Homeland Security Investigations special agents for further investigation.

These were good busts but they say for every one that gets caught there are ten more getting past the border into the U.S.

Make it a death sentence to smuggle drugs at the border no exceptions.

This should automatically warrant the Death Penalty !

The Mexican citizen in the ’97 Freightliner is as good as dead. I’m sure that whoever loaded that much meth in his truck is not very happy about his driver getting caught. My God, that dude is in trouble with the law and his handlers. Whoa!