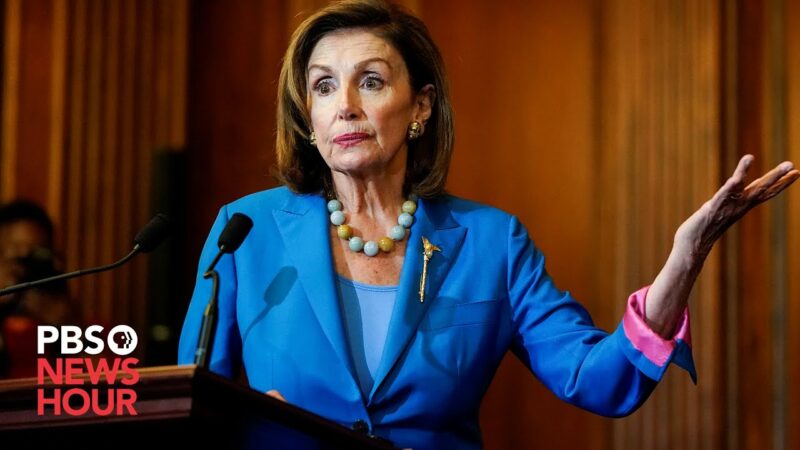 “Well, the people have spoken,” Pelosi told reporters on Capitol Hill. “We respect the results. I’m very sad – Terry McAuliffe is a great leader and he was good as governor of the state.”

“Does it change the agenda for the House?” one reporter asked.

Just weeks ago Democrats were claiming the race between McAuliffe and Youngkin was a bellwether election that would secure their agenda. Vice President Kamala Harris last week declared, “What happens in Virginia will, in large part, determine what happens in 2022, 2024, and on.”

But as the race started to shift, Democrats began downplaying the race’s importance. President Biden on Tuesday pulled back from the election just hours before the ballots started to be counted.

“I don’t believe and I’ve not seen any evidence that whether or not I am doing well or poorly, whether or not I’ve got my agenda passed or not, is going to have any real impact on winning or losing,” the president told reporters in Glasgow, Scotland. “Even if we had passed my agenda, I wouldn’t claim we won because Biden’s agenda passed.”

Democrats are still at odds over the multitrillion-dollar Build Back Better Act amid party infighting between moderates and progressives. Pelosi announced Wednesday that four weeks of paid family and medical leave will be added back into the bill after it was previously scratched.

PIGLOSI is a full blown communist by now and her f’ing bill had BETTER NOT PASS, RINOS,, you had better grow a pair and stand up for people who are paying for your salaries…WE ARE WATCHING YOU