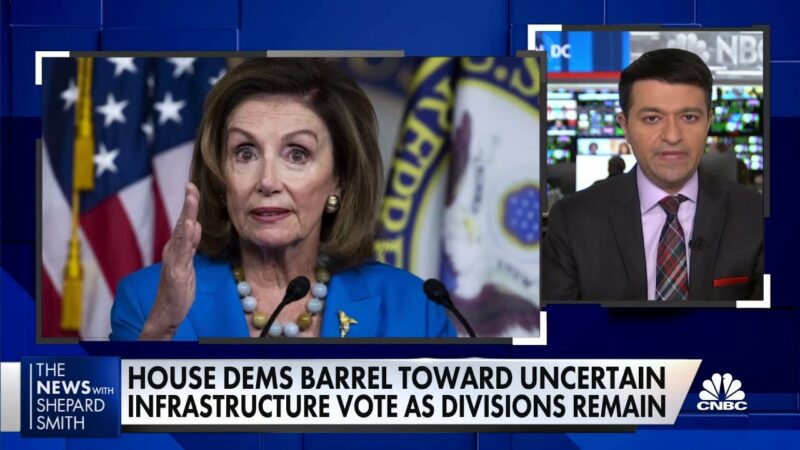 The House Rules Committee will not be meeting Monday to markup Democrats’ spending package, therefore the full House vote and the bipartisan infrastructure bill will be delayed past Tuesday when Democratic leadership had originally sought to pass the linked legislation.

An aide said Sunday that the committee would need “additional time to craft language and get a final agreement with all parties involved,” saying that “extensive progress” had been made, adding the House would vote “as early as possible this week.”

Democrats have been working to find a compromise on a provision that would allow Medicare to negotiate drug prices. The policy has the support of the majority of the Democrats but not all, notably, Arizona Sen. Kyrsten Sinema has opposed the efforts to allow price negotiations.

“We have made extensive progress on Rx drugs and other key initiatives which were not included in the text posted to Rules on Thursday,” the aide said.

The left-wing of the Democratic Party has demanded drug pricing reforms be included in the package, which can move through Congress without any Republican provided Democrats stay united in voting for it. They delayed another vote on the bipartisan infrastructure bill last week after insisting that it be voted on with the broader spending package, the text of which was released Thursday.

“[Biden] reaffirmed, as our Caucus has month after month, that both the infrastructure bill and the popular Build Back Better Act must move together because they are part of the same agenda,” Washington Rep. Pramila Jayapal, the chair of the far left Congressional Progressive Caucus, said Thursday.

Due to the delay, the plans will be considered after Virginia voters head to the polls Tuesday to decide their state’s next governor. Republicans have not won a statewide race in Virginia since 2009 and President Joe Biden won the state by 10 points last November, however, GOP candidate Glenn Youngkin is running side by side with former Democratic Gov. Terry McAuliffe, with polls showing him taking a slight lead in the final days of the campaign.

Many forecasters have described the race as a bellwether for next year’s midterm elections, where Democrats are defending their current 220-212 House majority and a 50-50 Senate.