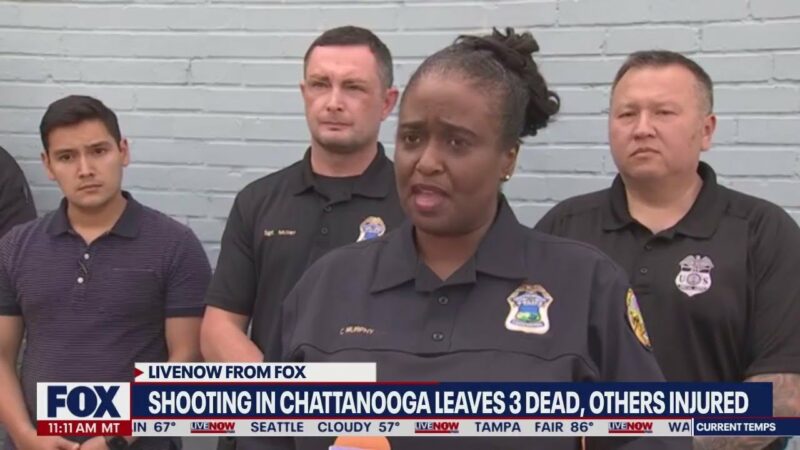 A Sunday morning shooting near a Chattanooga, Tennessee nightclub left three people dead and 14 others wounded.

Fourteen people were gunshot, and three others were struck by vehicles while fleeing the scene, according to Chattanooga Police Chief Celeste Murphy. Two victims died after being shot, and one victim died after being struck by a vehicle. Sixteen of the victims were adults, and one was a juvenile. Multiple victims remained in critical condition as of Sunday evening.

Officers responded to the shooting shortly before 3 am. They found multiple victims and immediately began administering aid and securing the scene.

Murphy said there were multiple shooters. She asks that anyone with information about the shooting come forward, adding that police believe this was an isolated incident. Authorities do not expect an ongoing public safety threat.

Chattanooga Mayor Tim Kelly, who said he is an “avid hunter” and gun owner, has called on Congress to enact “common sense regulations” to address gun violence.

“That doesn’t mean taking guns away from responsible gun owners, but it does mean mandatory background checks and prohibiting high-capacity magazines that allow shooters to hurt dozens of people without even having to reload,” he said at a press conference. Kelly said his administration would be announcing new steps in the coming weeks to reduce gun violence locally.

Murphy said it would be a complex investigation going forward.

“We’re trying to determine exactly what happened and what led up to this taking place,” she said.

This shooting comes less than 24 hours after a mass shooting in Philadelphia that left 3 dead and 12 others injured.