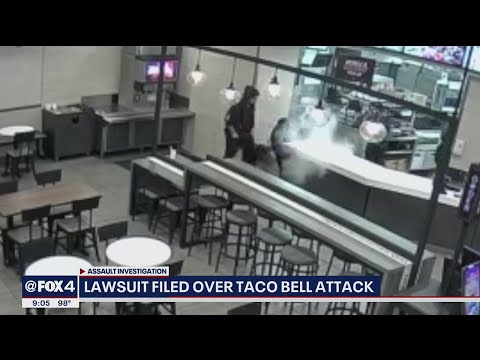 A Dallas Taco Bell is being sued by two customers after an employee burned them with hot water.

Attorneys Ben Crump and Paul Grinke filed the lawsuit on July 13 for the incident that occurred on June 17 and seek $1,000,000 in damages.

The lawsuit alleges “Brittany Davis and C.T. (a minor), who both suffered severe burns and trauma when a Dallas (TX) Taco Bell manager poured boiling water on them as they tried to resolve an issue with their order.”

The victims entered the fast food restaurant after their drive-thru order of $30 was incorrectly made twice, when the employees became combative, the general manager came out with boiling hot water and threw it at the woman and her niece.

The women were able to escape before being further assaulted.

According to the lawsuit, both suffered large and deep burns while Davis suffered through 10 seizures on the way to the hospital and was airlifted to Parkland’s ICU unit.

Footage of the incident has been released that shows the incident in which Crump states “The actions of Taco Bell employees and manager in this incident callous, outrages, and inexcusable.”