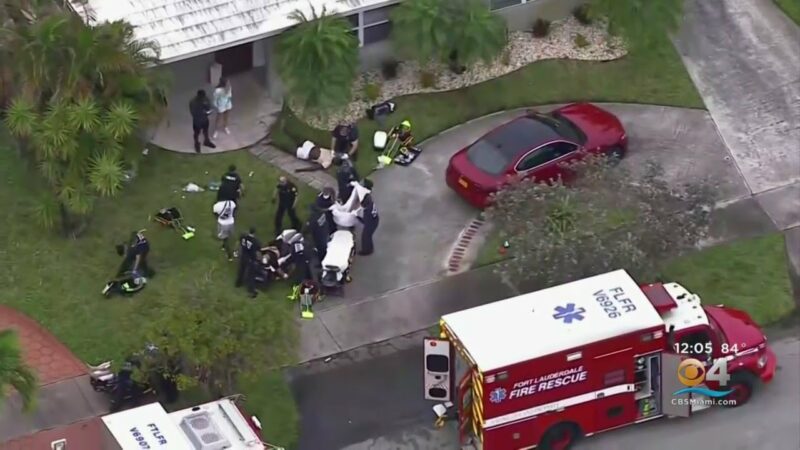 A spring break went very wrong when six party guests went into cardiac arrest after ingesting fentanyl-laced cocaine while staying at a rental property in a Fort Lauderdale suburb Thursday.

Fort Lauderdale Fire Rescue officers to a call from the Wilton Manors neighborhood, where they found six people suffering from what appeared to be a drug “overdose,” according to authorities. “There were multiple people in cardiac arrest in the front yard,” Chief Stephen Gollan said. “Narcan was deployed as quickly as possible.”

Four student-aged victims went into cardiac arrest after ingesting what police believed to have been cocaine laced with the highly potent and deadly narcotic fentanyl.

The chief said the two other victims fell into cardiac arrest after administering cardiopulmonary resuscitation due to the potency of the fentanyl. “When they went down in cardiac arrest, two of their friends began doing CPR, and they were exposed from the drug contact from the fentanyl.”

Several of the victims were West Point Academy cadets. “The U.S. Military Academy is aware of the situation involving West Point cadets, which occurred Thursday night in Wilton Manors, FL. The incident is currently under investigation and no other details are available at this time,” the West Point Public Affairs Office said.

Victims were rushed to Broward Health Medical Center and Holy Cross Hospital, with one in critical condition and the other five in stable condition.

“This is extremely alarming to us,” Gollan said. “Fentanyl is extremely, extremely potent and can stop your heart, your respiration.”

Fentanyl is a synthetic opioid roughly 80-100 times stronger than morphine, according to the Drug Enforcement Administration. The substance is often mixed with cocaine, heroin, methamphetamine, and marijuana to increase potency and dependency, the Centers for Disease Control and Prevention noted.