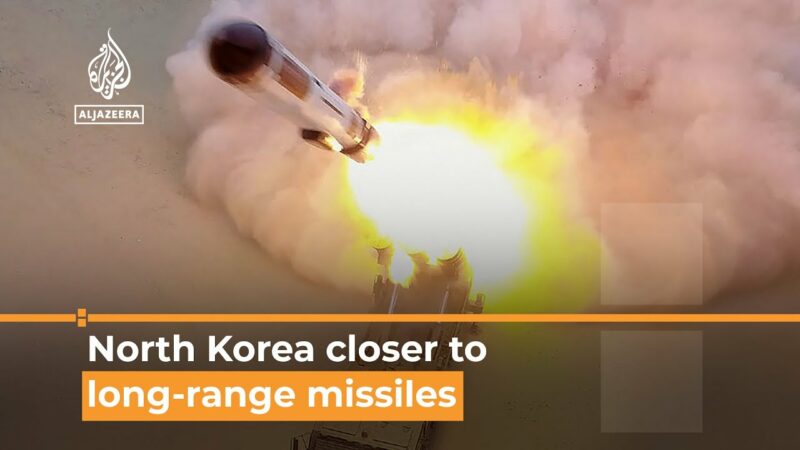 The system was initially presented during the Korean Workers Party parade on Oct. 10, 2020. While the 2022 launches did not demonstrate ICBM range or capability they were likely aimed at testing elements of the new system.

The official predicted a future launch at “full range” likely to be disguised as a space launch.

“The United States strongly condemns the DPRK for these tests the official said. “These launches are a brazen violation of multiple United Nations Security Council resolutions, aimlessly raise tensions and risk destabilizing the security situation in the region.”

The official said that, unlike North Korean leader Kim Jong Un’s past tests, his country “tried to hide these escalatory steps.”

The Biden administration, however, continues to seek a diplomatic solution toward its goal of denuclearizing the Korean Peninsula, and the official said Thursday the administration is “prepared to meet without preconditions.”

“President Biden himself has previously made clear that he is open to meeting with Kim Jong Un when there is a serious agreement on the table,” the official noted.

Friday, the Treasury Department is expected to announce new actions to prevent North Korea from accessing “foreign items and technologies that enable it to advance prohibited weapons programs,” the official said, adding that there will be “a range of further actions in the coming days.” defense forces in the region,” he added.

North Korea in January fired what appeared to be its most powerful missile since President Biden took office, a move senior U.S. officials described at the time as concerning and “increasingly destabilizing.”

North Korea’s actions in January appear to be “laying the groundwork for an increase in tensions that could include ICBM or possibly a nuclear test this year — actions that Pyongyang has not taken since 2017,” according to the intelligence community.

“Flight tests are part of North Korea’s effort to expand the number and type of missile systems capable of delivering nuclear warheads to the entire United States,” according to the assessment. “North Korea continues to seek a sea-based nuclear-strike capability.”

The intelligence community also warned that North Korea’s “chemical and biological weapons (CBW) capabilities remain a threat” and said U.S. intelligence officials are “concerned that Pyongyang may use such weapons during a conflict or in an unconventional or clandestine attack.”

“Kim views nuclear weapons and ICBMs as the ultimate guarantor of his totalitarian and autocratic rule of North Korea and believes that, over time, he will gain international acceptance as a nuclear power,” they added.

Kim hates the asshole in the WH, so maybe he’ll take a shot at him.