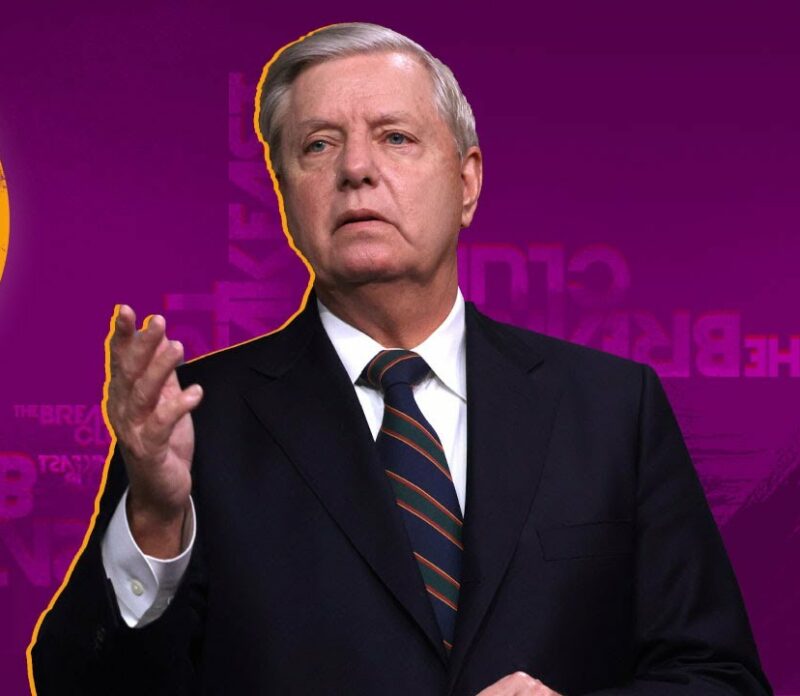 Rubio argued that Graham’s comments suggesting that the Russian people should assassinate Putin Thursday was merely hyperbole in response to the “frustration” people are feeling amid the ongoing crisis.

“People are watching these images, they are seeing what’s happening there—people being murdered and suffering—it makes you angry,” Rubio said. “And you want something to happen and you reach the conclusion ‘well, wouldn’t it be great if someone internally just took this guy and eliminated it.’ That’s not the official policy of the United States, no one’s talking about the U.S. doing it.”

“Lindsey will have to answer for what he meant by that other than to say I think he’s expressing the frustration a lot of people have that these horrible things are happening and there doesn’t seem to be anything we can do that immediately brings an end to it and it’s very frustrating for people.”

Rubio also said he foresees the fall of Putin’s power in the near future and he hopes the Russian president will stand trial for war crimes.

Graham’s comments calling for Putin’s assassination cost him a great deal of backlash from both sides of the political aisle. Republican Texas Sen. Ted Cruz called his remarks “an exceptionally bad idea,” instead urging for the U.S. to impose harsher sanctions and “boycott” Russia’s energy sector.

White House press secretary Jen Psaki said Friday that assassinating a head of state “is not the position of the United States government” and that the administration will continue to push for “diplomatic” solutions to end the conflict with Russia.

Airstrikes, missiles, and rocket forces had taken the lives of more than 2,000 civilians as of Wednesday, according to Ukraine’s State Emergency Service. Over one million refugees have fled to neighboring countries, most notably Poland, in less than a week.

Russian Shelling on Sunday made it necessary to halt civilian passage out of the port city of Mariupol.

The Russian military captured the city Kherson on Wednesday and implemented a curfew from 10 p.m. to 6 a.m. among the population of 280,000 people.