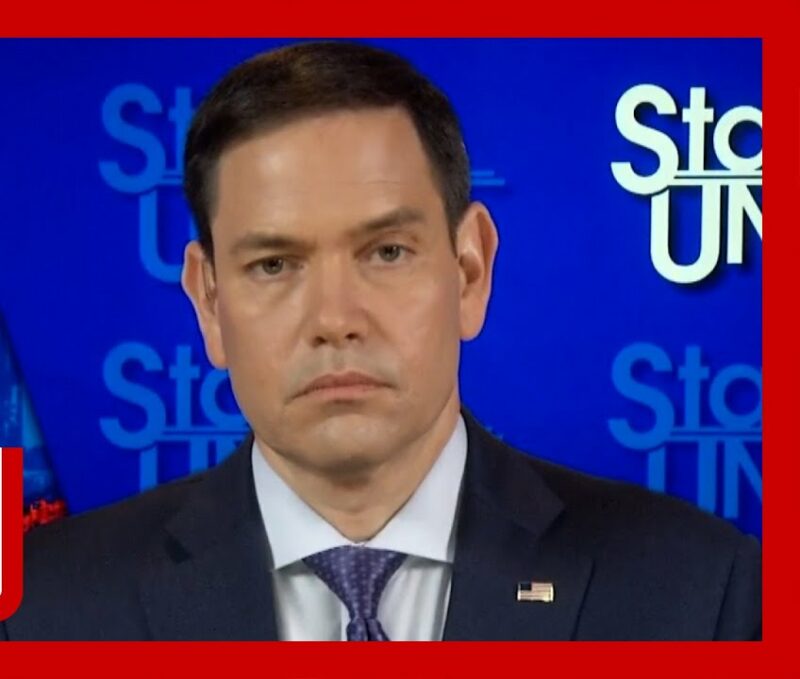 Republican Florida Sen. Marco Rubio gave a somber description of the continuing conflict in Ukraine, saying during a Sunday interview with George Stephanopoulos that he believes the situation is about to get much more dangerous.

“Putin’s a person that cannot survive, for example, being humiliated and he can’t survive in power if it looks like he backed down to NATO. I think that creates a real opportunity for danger. I don’t think his perceptions are the same as our perceptions about the world, about the way things are going, and so forth. This guy is also an authoritarian leader. He doesn’t get a lot of bad news … so I, unfortunately, think we’re entering probably the most dangerous part of this conflict. As he begins to realize he can’t make the tactical gains on the ground that he wants to make, I think he’s willing to escalate and do things that unfortunately would be pretty cataclysmic,” Rubio stated.

Stephanopoulos pressed Rubio about what could be done to resolve the conflict.

“That’s one of the great challenges of these moments. If you look throughout history, there are times when you reach points like this where there doesn’t seem to be an easy way out. I hope I’m wrong,” Rubio stated.

“What I know about this man and know about Russia and know about its intentions and know about history tells me we have some way to go before we reach a point like that. It’s not going to be a pretty journey to that point. There’s not a lot of good options right now, unfortunately,” he added.

Rubio’s grim prediction comes amid serious concerns that Putin’s mental status has become increasingly unstable after “severing nearly all ties” with the outside world during the COVID pandemic.

Former ambassador to Russia Michael McFaul made comments about Putin last week as well. “Putin’s increasingly unhinged in the way that he talks about the regime. Just yesterday, talking about Zelenskyy being a neo-Nazi, let’s remind everybody watching, he’s Jewish.”

“That doesn’t sound like somebody that’s going to sit down and negotiate a peaceful outcome,” McFaul added.

During a 90-minute phone call with Emmanuel Macron Thursday, Putin advised the French president that his “special military operation in Ukraine will be fulfilled in any case,” leading Macron to believe “the worst is yet to come” and that Putin fully intends to take control of all of Ukraine.

Russia has been facing ferocious resistance from the Ukrainian people since the invasion. Retired Gen. David Petraeus applauded the Ukrainian’s efforts and the “Churchillian” leadership from their president Volodymyr Zelenskyy, saying that as a result, Putin ultimately could not win the war.

“They can take a city perhaps, but they cannot hold it,” Petraeus stated.