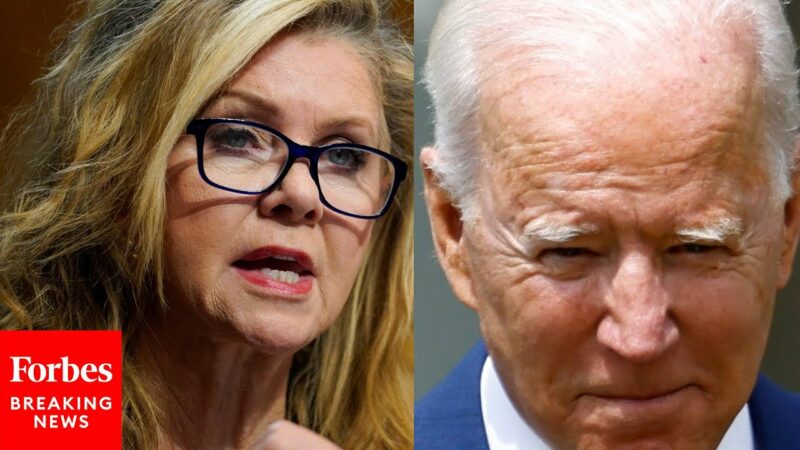 Sen. Marsha Blackburn Slams The Biden Agenda That Is Designed To Institute Socialism

“We know that the Build Back Better agenda has become the Biden build back broke agenda,” Blackburn told Fox News’ “Sunday Morning Futures,” “and the American people have figured out that what they’re trying to do is institutionalize socialism.”

She said Americans need to be aware of Democratic legislation because “here they’re gonna come with the socialist program to run your life from cradle to grave, daylight to dark.”

The cost of the wide-ranging bill is at least $3.5 trillion, however President Joe Biden insists that it will result in spending “zero dollars,” because taxes have already been earmarked to pay for the programs. House Speaker Nancy Pelosi claimed that the legislation has widespread public support, however polling in late September contradicted her claim and suggested the agenda is largely unpopular in key congressional districts.

Blackburn argued Sunday that the Democratic plan is devised to be “a takeover of the country in one vote. They want government control of your kids,” Blackburn said, adding that the federal government is now pushing to examine Americans’ bank accounts for “every transaction over $600” and wants to “be a part” of any transactions using the Venmo or PayPal payment systems.

“They want government control of health care, they want to demoralize the military, close the churches, destroy your faith in the American system,” Blackburn challenged.

The Democratic Party is divided as West Virginia Sen. Joe Manchin and Arizona Sen. Kyrsten Sinema said no to the cost and liberal members of the Democratic “squad” said it does not go far enough, calling their colleagues “Republicans” for not agreeing to the cost.