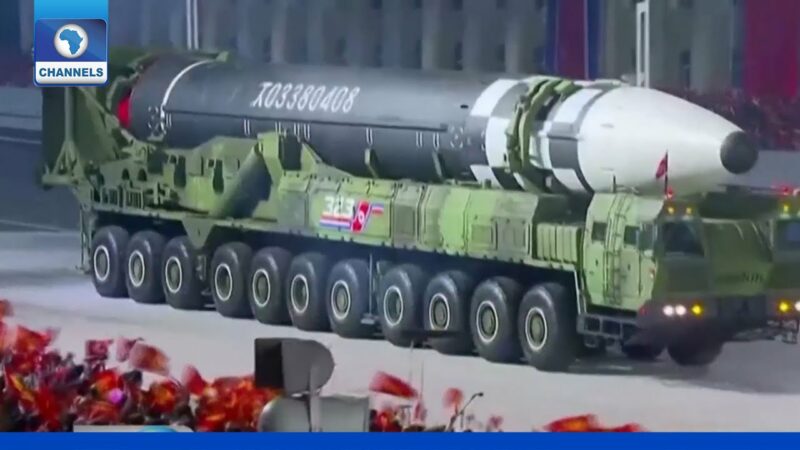 U.S. Is Worried North Korea Has Been Busy Perfecting Their Hypersonic Missiles

Hypersonic missiles are fast, stealthy, and extremely accurate when it comes to hitting their targets, and North Korea may actually have one. Following roughly six months of relative quiet, North Korea has been on a missile testing mission that experts say confirms they pose a threat to the U.S. and its allies.

This month, North Korea has conducted short-range and long-range missile tests. Tuesday the rogue country announced via North Korean state media, the success of a Hwasong-8 hypersonic missile test, the report has not yet been verified by other sources.

“We have had a busy month in North Korean missile firings,” Bruce Klingner, a North Korea expert and senior research fellow at The Heritage Foundation said.

Details of the supposed hypersonic missile launch are still not completely known, however, Klingner said past claims that North Korea has made about their capabilities have proved to be true, regardless the threat should be taken very seriously.

“We don’t know yet what the speed was or whether it was hypersonic or not, but we need to take it with great concern,” he said.

Should North Korea in fact have a hypersonic missile, they potentially pose an immediate threat to Japan and South Korea. If North Korea continues to fine-tune the missile, it could potentially reach the U.S.

“If you can develop a hypersonic warhead for short-range missiles, it’s a giant step toward being able to do it for longer-range missiles,” said Peter Pry, executive director of the Task Force on National and Homeland Security, a congressional advisory board focused on protecting the U.S.

The U.S. Indo-Pacific Command issued a statement that the launch did not pose an imminent threat to U.S. personnel or territory, or to U.S. allies. But he did say however the launch “highlights the destabilizing impact of [North Korea’s] illicit weapons program” adding that the U.S. commitment to the defense of South Korea and Japan “remains ironclad.”

Pyongyang’s state-run Korean Central News Agency said establishing the “strategic” weapon was part of the “top-priority tasks of the five-year plan” created for the country’s defense.

Hypersonic missiles can fly at speeds of up to 20 times the speed of sound, are easy to maneuver, and stealthy – thus making them difficult to detect.

Pry said he believes their exactness in hitting a distinct target is the “most revolutionary” facet of the capabilities.

North Korea may have improved the way the missile is fueled as well. The state media report noted the missle used a “missile fuel ampoule,” meaning missles are fueled in the factory and not in the field.

Arms control expert Jeffery Lewis, a professor at The Middlebury

Institute of International Studies, tweeted that the fuel ampoule was a

“If the DPRK fuels the missiles in the factory, military units don’t have to spend time doing it in the field when the @usairforce is doing its level best to kill them,” he wrote.

Pry said it is very serious because the missile could be launched “instantly with very little preparation.” Additionally the missile doesn’t need to have a tanker following it, making North Korea’s ability to carry out a “surprise attack” even more of a threat.

Pry continued that “very few countries have a hypersonic weapon, even in development,” therefore North Korea’s test is another illustration of the country “technologically leapfrogging forward.”

Russia and China are believed to have deployable hypersonic missiles. The U.S. successfully tested its own hypersonic missile system — “Hypersonic Air-breathing Weapon Concept” — last week. The missle created by DARPA and the Air Force, successfully detached from the launching plane before it fired its scramjet engine and reached a cruising speed faster than Mach 5.

According to a recent Arms Control Association report, the U.S. is currently developing eight types of hypersonic weapons. Earlier this year, the U.S. conducted a hypersonic missile test that failed.

Klingner does not foresee North Korea’s system being equal to one the U.S. is developing but said it could pose an immediate threat to missile defenses in South Korea and Japan.