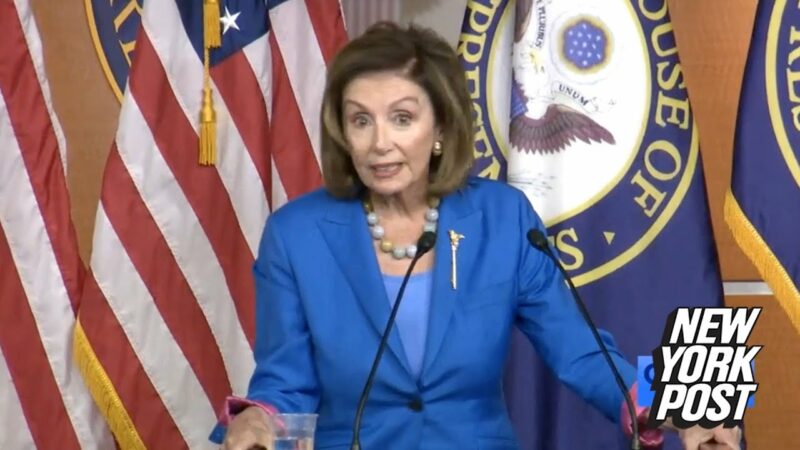 Pelosi Concedes On Infrastructure Bill At The Very Last Minute

House Speaker Nancy Pelosi admitted defeat Friday evening, accepting that “more time is needed” to pass a $1 trillion infrastructure bill that is a key component of President Biden’s agenda, after being confident the bill would pass this week.

Pelosi had assured moderate House Democrats the infrastructure bill would be on the floor, however progressives doubled down on the contingent that it be coupled with a $3.5 trillion spending measure, known as the Build Back Better Act which includes a number of social welfare programs.

Republicans oppose the larger bill, and Senate Democratic moderates Joe Manchin of West Virginia and Kyrsten Sinema of Arizona also rejected the $3.5 trillion in new spending, meaning the bill could not pass the Senate. It then became futile for Pelosi to pass it in the House. Pelosi had no choice but to give up on the infrastructure bill because progressives demanded the other measure must be considered by the House as well or they would not support the infrastructure bill.

The White House worked all week to reach a compromise with Manchin and Sinema on the Build Back Better bill, however they could not reach an agreement.

‘While great progress has been made in the negotiations to develop a House, Senate and White House agreement on the Build Back Better Act, more time is needed to complete the task,” Pelosi wrote in Dear Colleague letter. “Our priority to create jobs in the health care, family and climate agendas is a shared value. Our Chairs are still working for clarity and consensus. Clearly, the Bipartisan Infrastructure bill will pass once we have agreement on the reconciliation bill.”

Pelosi had insisted that the infrastructure bill would pass, even saying she would put it to a vote Thursday night, ulimately she did not, she then said the bill would be voted on Friday, but again decided against it.

After a meeting between President Biden and the Democratic caucus Friday, it remains unclear when the House will revisit the measure.