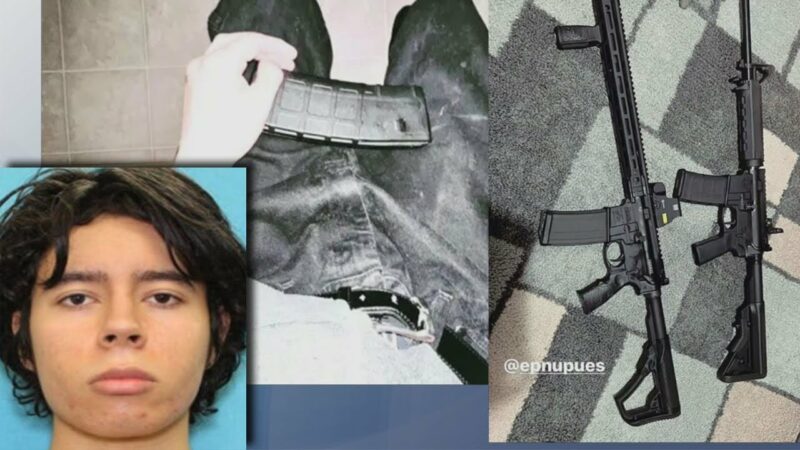 Before slaughtering 19 children and two teachers in a Texas elementary school on Tuesday, the 18-year-old gunman posted his intentions on Facebook, according to Texas Gov. Greg Abbott.

In the first of three messages, roughly 30 minutes before the school shooting, Salvador Ramos wrote, “I’m going to shoot my grandmother.”

Not long after that, he wrote, “I shot my grandmother.”

And lastly, he posted, “I’m going to shoot an elementary school.”

Those ominous posts, Abbott said, came as the suspect indeed shot his grandmother, drove to nearby Robb Elementary School, barricaded himself in and opened fire at a group of children and teachers. Officers forced their way into the classroom and a Border Patrol officer fatally shot Ramos, Abbott said.

A spokesman for Meta, Facebook’s parent company, said the gunman’s messages were made in private one-to-one texts that were not discovered until after the shooting.

With 21 dead and 17 others injured, the massacre was the deadliest school shooting in almost a decade and comes on the heels of another mass shooting just 10 days ago.

Tuesday’s assault is the second-deadliest school shooting since 2012 when 26 children and adults were killed at Sandy Hook Elementary School.

Ramos was a local high school dropout with no criminal history and no known mental health history, officials said. He had turned 18 less than two weeks prior to the shooting and legally bought two assault rifles and ammunition.

President Joe Biden in a national address Tuesday night recalled the Sandy Hook shooting, which happened while he was vice president.

“I had hoped when I became President I would not have to do this again,” he said. “How many scores of little children who witnessed what happened — see their friends die as if they’re in a battlefield, for God’s sake. They’ll live with it the rest of their lives.”

“To lose a child is like having a piece of your soul ripped away,” the Biden said.

Sympathy also poured in from across the globe, including Pope Francis, who pushed for stronger gun control. Leaders of France, Germany and Spain shared condolences, too, along with the President of war-torn Ukraine, who called it “terrible to have victims of shooters in peaceful time.”