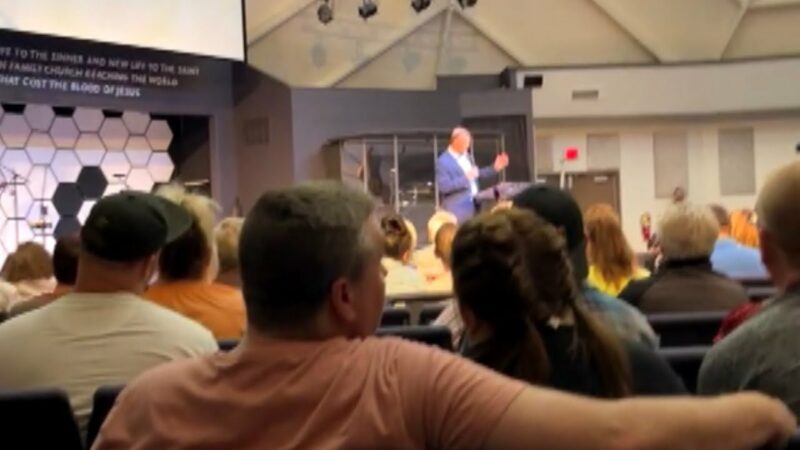 Predatory Pastor Called Out From The Pulpit

Pastor John Lowe of New Life Christian Church in Warsaw, IN stood in front of his church Sunday to confess that he had cheated on his wife nearly two decades ago and added that he would be leaving the pulpit.

It was a shocking confession made by a beloved pastor: “I committed adultery.”

“It was nearly 20 years ago. It continued far too long,” Lowe, 65, told the congregation during Sunday services.

“I didn’t make a misjudgment. I sinned. I need to say that, and you deserve to hear it,” Lowe continued.

The pastor’s confession was met with forgiveness and applause … until a woman and her husband walked up to the altar and addressed the congregation.

A woman named Bobbi bravely took to the stage. She said that she was the woman he’d spoken of, but the preacher was not telling the whole story.

“I was just 16 when you took my virginity on your office floor. Do you remember that? I know you do,” she said. “You did things to my teenage body that have never and should never have been done.”

She told the church that she had been traumatized for 20 years what her experience at his hands. Then, the woman’s husband joined in and held up some jewelry.

“This was Bobbi’s purity’s ring which she wore while this man had sex with her and she felt ashamed all these years,” he said.

As she left the church, members of the congregation embraced her and shouted angrily at their pastor.

“If you did it, you need to admit it!” one congregant said.

The pastor faced the congregants and once again asked for their forgiveness.

The local prosecutor has launched a criminal investigation into the allegations.

Church leaders posted a statement saying, “We are hurting and broken for a woman who has lovingly attended and served in the church for many years.”