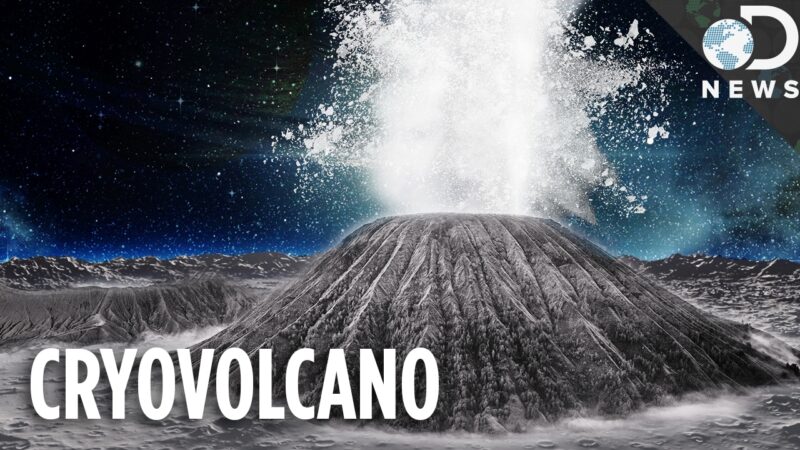 Volcanoes are well known to be volatile mountains that spew hot lava and gas, but that’s not necessarily the case on other planets. Some are icy and eject a mixture of water, ammonia, methane, and chlorinated chemical compounds out into their below-freezing surroundings. In a new study, an international group of astronomers discovered that Pluto has ice volcanoes that may have been more recently active than initially believed.  The new findings may even suggest evidence of distant alien life.

Because ice volcanoes need a sustainable internal heat source to keep flowing, it was never clear how much heat the deathly cold planet once had and whether the volcanic activity was still occurring. In the new study, astronomers noticed there appeared to be relatively recent ice volcano activity with volcanic domes jutting out as far as four miles high and anywhere from six to nearly 100 miles in diameter.

“The existence of these massive structures suggests Pluto’s interior structure and evolution allows for either enhanced retention of heat or more heat overall than was anticipated before,” the researchers concluded.

Studies on Pluto’s ice volcanoes are ongoing, but so far they have scientists excited about the possibility of the remarkable discovery leading to proof of galactic neighbors, whether big or small, on distant, icy planets.