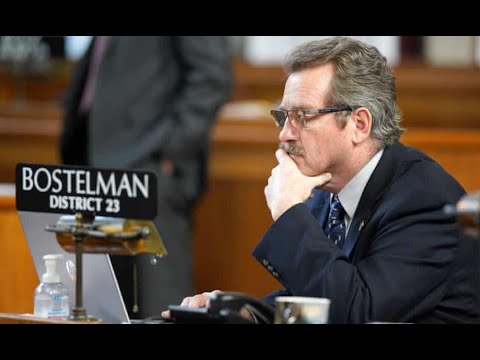 Bostelman repeated a false claim that’s spreading across the internet claiming school administrators are providing litter boxes to children choosing to identify as cats. The state senator said he was “shocked” by the reports during a debate on introduced legislation aimed at providing for children with behavioral issues.

“They meow and they bark and they interact with their teachers in this fashion,” Bostelman said during a televised debate. “And now schools are waiting to put litter boxes in the schools for these children to use. How is this sanitary?”

The state senator referenced “furries,” which are people that identify and dress up as animals. Bostelman cited reports of a student who identified as a cat defecating on the floor due to the school district’s refusal to provide a litter box.

Bostelman later walked back his allegations after checking into reports with Democratic state Sen. Lynne Walz, the head of the Legislature’s Education Committee, and finding no truth in the rumor.

“It was just something I felt that if this is really happening, we needed to address it and address it quickly,” he said.

The litter box rumor began circulating in December after the issue was raised at the Midland Public Schools school board meeting in northwest Detroit. The rumor has continued in a private Facebook group called “Protect Nebraska Children” and has now spread to an Iowa school district, forcing the superintendent to inform parents that the reports were “simply and empathetically not true.”