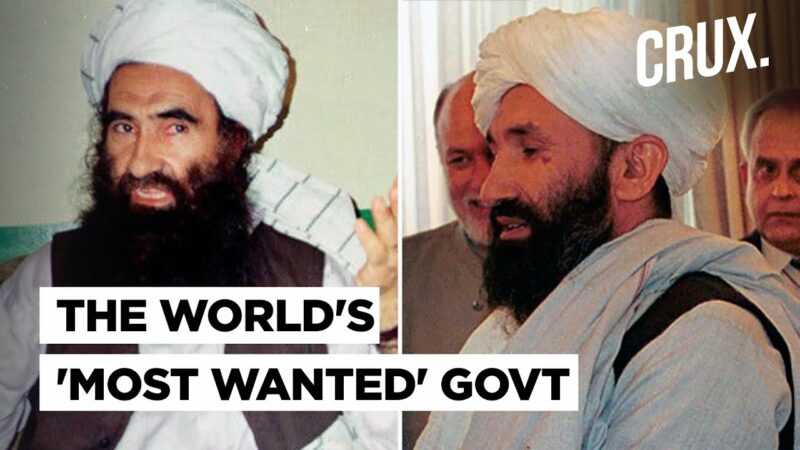 This week, Republicans Senator Lindsey Graham of South Carolina and Representative Mike Waltz of Florida, introduced two resolutions in the House and Senate calling on the State Department to designate the Afghan Taliban as a Foreign Terrorist Organization.

“Designating the Taliban as a Foreign Terrorist Organization will make it harder for countries to provide them aid and recognition,” Graham said in a statement. “We would be sending a strong signal that America does not do business with terrorist groups and their sympathizers.

“The Taliban are radical jihadists in every sense of the word and use terror as their tactic,” he added.

The Taliban was designated under the George W. Bush administration as a terrorist organization on Sep. 23, 2001, for allowing safe haven to Usama bin Laden and al-Qaeda. However, on July 2, 2002, Bush revoked the designation citing the “significantly altered” situation in Afghanistan following the “success of the military campaign.”

The Biden administration has taken a watch-and-see stance, saying they will watch the Taliban and see how it governs Afghanistan.

Lawmakers are paying attention to the members that have been appointed to the Taliban’s interim government last week such as Sirajuddin Haqqani, leader of the Haqqani Network – a group that has also been designated by the U.S.as a terrorist organization, was appointed as acting interior minister.

The ‘Seeking Information’ poster was issued by the U.S. Federal Bureau of Investigation for Sirajuddin Haqqani, who is Afghanistan’s newly appointed acting interior minister.

Haqqani, who is on the FBI’s most-wanted list and has a $10 million bounty on his head, is “a specially designated global terrorist,” according to the FBI.

“We must be clear-eyed about the threat we face in Afghanistan and that begins with recognizing the reality on the ground – the Taliban are terrorists,” Waltz said in a statement. “The Biden Administration has misled the American public by attempting to normalize the Taliban as transitional government but the Taliban continue to engage in terrorist activity, harbor other terrorist groups, commit human rights atrocities, deny women their basic civil liberties, and overthrow a democratically elected government.”

The lawmakers called on the Secretary of State to declare the Taliban takeover of Afghanistan a coup d’etat and to deny the Taliban regime any U.S. funding.