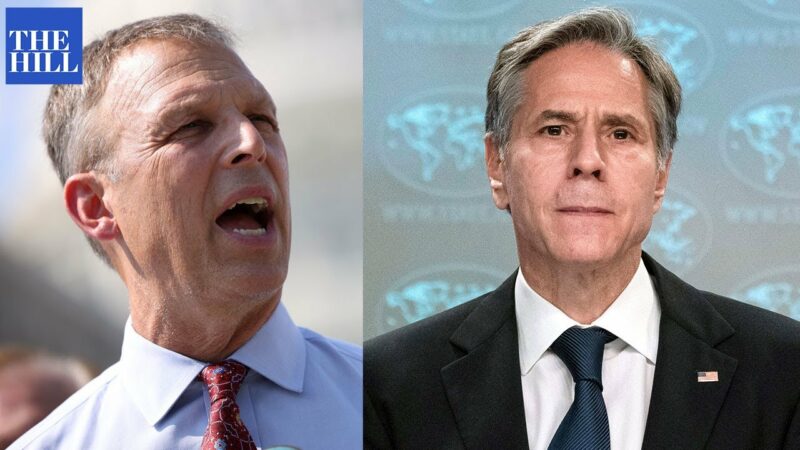 Secretary of State Antony Blinken was called out by Rep. Scott Perry, R-Pa., for choosing to testify virtually in front of the House Foreign Affairs Committee about the Biden administration’s mismanaged withdrawal from Afghanistan.

Monday, Perry scolded Blinken for not appearing in person at the hearing over the U.S. military withdrawal that cost 13 American service members their lives in a suicide bombing in Kabul.

Blinken confirmed that he was seated in the annals of the State Department approximately three miles away from where the hearing took place.

“Mr. Blinken, assuming it isn’t classified, can you tell us where you are today?” Perry asked.

Blinken replied that it was his understanding that the House of Representatives was not in session before being interrupted by the Pennsylvania congressman.

CONGRESSMAN SCOTT PERRY: "Can you tell us where you are today?"

When Perry’s time to question Blinken was up, House Foreign Affairs Committee chairman Gregory Meeks, D-N.Y., commented that the hearing was a “hybrid hearing” and that while some attendees chose to be physically present at the hearing, others, such as Blinken, chose to “be other places.”