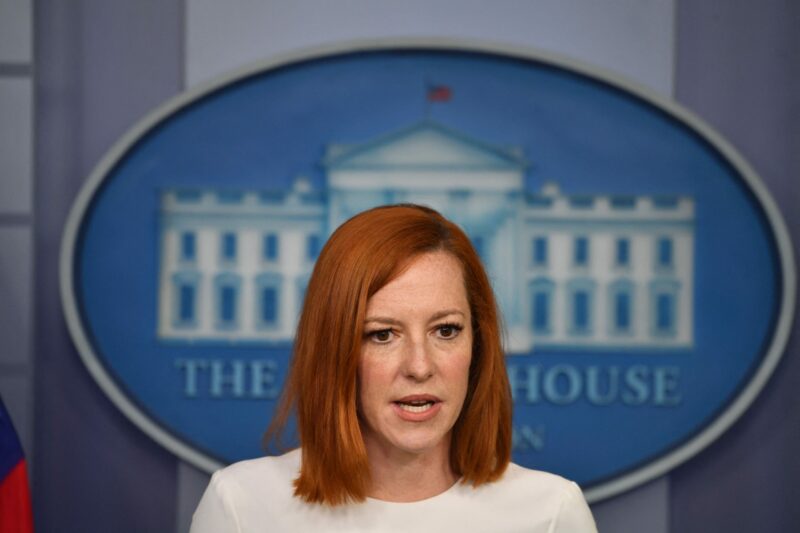 The Biden Administration Says Those Questioning The U.S. Approach To Ukraine Are Spouting Russian Misinformation

President Joe Biden’s administration has taken a stand against the scrutiny of reports on Ukrainian and Russian relations, dismissing critical lines of questioning as “Russian talking points” and “misinformation.”

White House press secretary Jen Psaki and State Department spokesperson Ned Price have squelched inquiries into government sources and alternative narratives surrounding the conflict in Ukraine. The White House has warned that a Russian invasion of the country is imminent, citing troops massed on the Russian-Ukrainian border.

Price was pressed by a reporter Thursday on the evidence behind his belief that Russia intended to release a propaganda video on Ukraine to justify starting a war.

The Pentagon said it had intelligence indicating that Russia was planning to “stage a fake attack”  to gain support for a war with Ukraine. Associated Press reporter Matt Lee pressed Price for evidence to back up the allegation.

“If you want to find solace in the information that the Russian government is putting out, that is for you to do,” Price replied.

On Wednesday, Psaki slammed Republican Missouri Sen. Josh Hawley, suggesting the lawmaker is consuming “Russian disinformation” and “parroting” talking points. Psaki’s comments came after the senator called on the Biden administration to revoke its support for Ukraine to become a member of NATO.

“Well, if you are just digesting Russian misinformation and parroting Russian talking points, you are not aligned with long-standing bipartisan American values, which is to stand up for the sovereignty of countries like Ukraine,” Psaki said.

“But others have their right to choose their own alliances and also to stand against very clearly the efforts or attempts or potential attempts by any country to invade and take the territory of another country,” Psaki added. “That applies to Sen. Hawley, but it also applies to others who may be parroting the talking points of Russian propaganda leaders.”

When asked Thursday whether the U.S. planned to release evidence of the military’s role in the death of civilians in Syria during a counterterrorism airstrike, Psaki suggested the reporter was using information that was provided by the terrorist group ISIS.

“Let me just start by saying that we welcome tough questions and good faith scrutiny,” Psaki said. “Otherwise, I wouldn’t come out here. I wouldn’t have come out almost 180 times and engaged with all of you.”