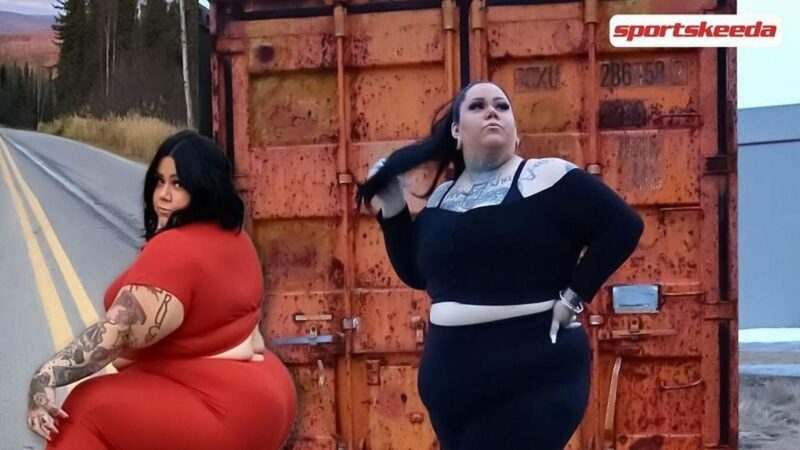 A video of a woman getting kicked off an Alaska Airlines flight for wearing a crop top that the flight crew deemed inappropriate has gone viral.

Ray Lin Howard,  known by the stage name Fat Trophy Wife, said Alaska Airlines staff members removed her from a flight because, according to them, her outfit was not appropriate for travel. The airline staff claimed that her clothing was too revealing.

Howard took a video of the interview with the police who escorted her off the flight. Although the incident took place in August 2021, it was recently reposted on TikTok and went viral.

In the clip, Howard says she was wearing a sports bra and black leggings when a flight attendant requested she put a shirt on during the flight.

She put a crop top on, but the flight attendant returned and told her: “You can’t wear this, your stomach is showing, and it is inappropriate.”

According to Ms Howard, Alaska flight staff approached her three times to complain about her outfit.

“I said, ‘I am covered up, I’m fine’ but she kept going. I said, ‘If you are going to kick me off, then kick me off. I have done what you have asked me to do, I want you to leave me alone’.” Howard told the police officer.

The officer acknowledged that Howard did not commit a criminal offense, he said that the issue was regarding the airline’s dress code.

The passenger replied: “I looked it up, I am within the dress code. I am being harassed and now I am being detained. You pulled me off the plane in front of my child… I wore an outfit, that is what happened.”

“The dress code on Alaska is casual, and the requirement is simply a neat and well-groomed appearance. Clothing that is soiled or tattered and bare feet are never acceptable,” Alaska Airlines said.

“You are expected to use good judgment, but customer service agensts will have the final authority to refuse travel for inappropriate attire or appearance,” the carrier added.

The video has garnered more than one million views. Thousands of social media users have commented on the incident.

Some new material to rap about.