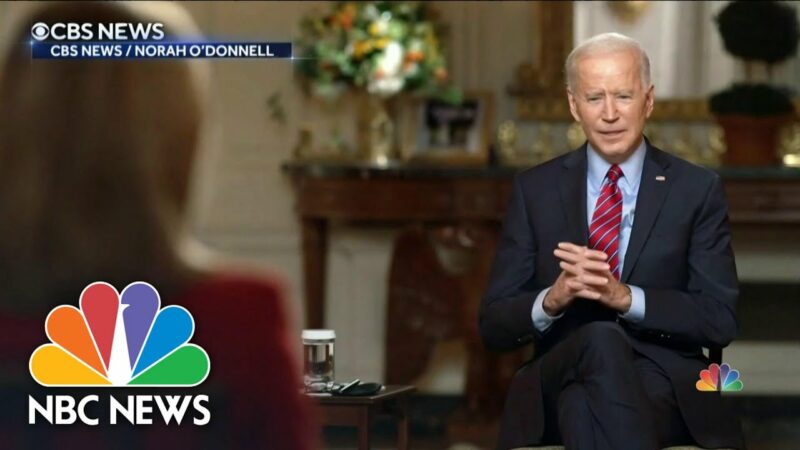 Politico Can Count The Number Of Biden Interviews On Both Hands

Politico is putting President Biden on the spot for being unavailable for most of his presidency as well shutting out the press.

During this week’s “West Wing Playbook” newsletter, Politico reporters Alex Thompson and Tina Sfondeles made it a point to remind voters Biden has only given 10 interviews in the nine months of his presidency and nothing since Labor Day.

“Biden’s team is quick to note that he often takes questions from reporters after he does events. Allies of the president are even quicker to note that no one outside of the Washington press corps really cares about press access,” Politico wrote. “But the lack of interviews reflects the bunker mentality this White House has taken with the media — particularly the extensive back-and-forths where reporters can follow-up, push, and prod.”

“Biden has been especially wary of talking to print publications; he has yet to do an interview with reporters from The New York Times, The Wall Street Journal, The Washington Post, The Associated Press, or Reuters,” the newsletter added.

An unnamed White House official told Politico that the “preference” for TV interviews was to “reach more people” and that D.C. press is “too focused on process, which is not the message Biden wants to get to voters.”

“That, combined with Biden’s well-documented blooper reel, doesn’t give the White House much enthusiasm for extensive sitdowns,” Politico wrote.

Politico pushed the White House about its claim that it wants Biden to have “reach” with a CNN town hall citing a steady decline in the number of viewers.