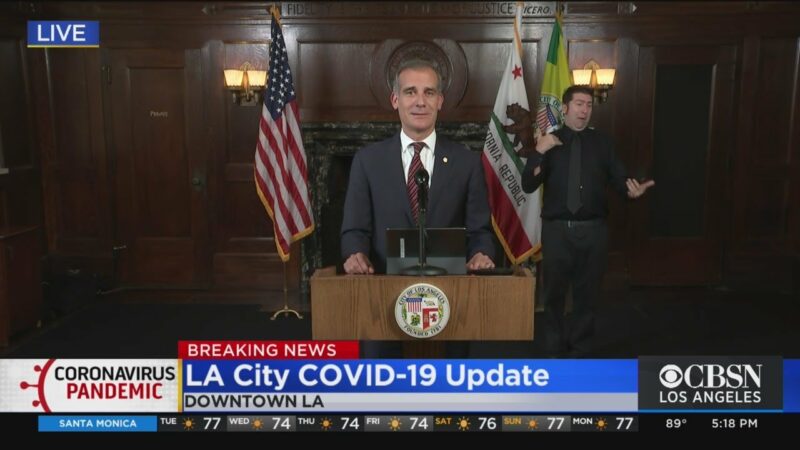 Los Angeles Mayor Eric Garcetti is giving notice to unvaccinated city employees to be prepared to lose their jobs if they choose not to comply with the city’s employee vaccine mandate by December.

“The city’s employee vaccine mandate is critical to protecting the health and safety of our workforce and the Angelenos we serve,” the mayor said Wednesday. “Employees must be vaccinated by December 18, and we are putting a rigorous testing program into place in the meantime. Let me be clear: Any employee who refuses to be vaccinated by this date should be prepared to lose their job.”

The initial deadline for city employees to be vaccinated was Wednesday however a new proposal pending approval from the city council, allows workers until December 18 to show proof of vaccination.

The proposal also states that unvaccinated employees will be required to submit to two coronavirus tests per week and have $65 deducted from each paycheck until the December 18 deadline.

The city first announced the vaccine mandate in July in an effort to force employees to be vaccinated and has been met with pushback from a significant number of residents and officials including Los Angeles County Sheriff Alex Villanueva who has publicly stated that he will not enforce the mandate within his department.

“This is so politicized, I cannot in good conscience impose a mandate like that,” he said adding that the mandate is “poorly thought out, poorly executed.”

“I’m not going to be part of that,” the sheriff added.

Data from the mayor’s office released on Tuesday shows 72.8% of the city’s 50,000 employees are fully or partially vaccinated with 17.9% declining to report and 9.2% saying they were not vaccinated.