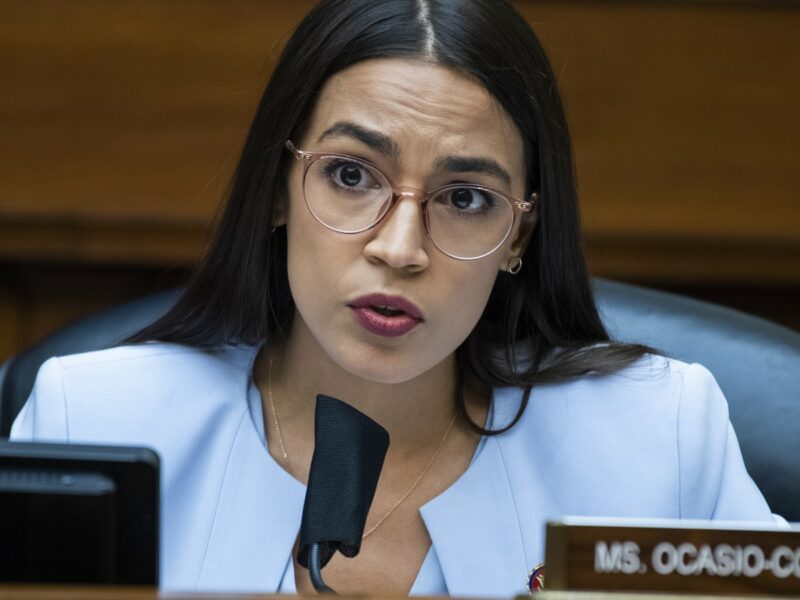 Democratic New York Rep. Alexandria Ocasio-Cortez blamed congressional inaction on the Build Back Better social spending package and the end of the expanded child tax credit for an increase in crime.

“We don’t want to say some of the things that are obvious, like, ‘Gee, the child tax credit just ran out, on Dec. 31, and now people are stealing baby formula.’ We don’t want to have that discussion,” Ocasio-Cortez said Monday while describing  Congress as a “scandalizing” “shit show.” The socialist also blamed Democratic Party leadership for not fully embracing the “defund the police” movement, even as some of her colleagues have said that the slogan costs the party elections.

The expanded child tax credit, included in the American Rescue Plan (ARP), expired at the end of December 2021 after Congress did not pass Biden’s Build Back Better package or a standalone credit. The ARP included a $3,600 a year credit per child for parents of children under the age of six, and a $3,000 a year credit per child between the ages of six and 18. Without the expansion, the benefit reverts to the $2,000 per child credit included in the 2017 Tax Cuts and Jobs Act. Some economists blamed the expanded credit for Americans’ slow return to the workforce as COVID-19 cases receded.

According to Ocasio-Cortez, however, a lack of government services, such as the child tax credit, is inciting crime, despite the fact that violent crimes such as murders were on the rise even as the federal government offered generous benefits to encourage Americans to stay home at the beginning of the COVID-19 pandemic.

“The surge in violence is being driven by young people, particularly young men. And we allow the discourse to make it sound as though it’s, like, these shady figures in the bush, jumping out from a corner. These are young men. These are boys,” Ocasio-Cortez said. “We want to say these people are criminals or we want to talk about ‘people who are violent,’ instead of ‘environments of violence,’ and what we’re doing to either contribute to that or dismantle that.”

Ocasio-Cortez also blamed Democratic Party leadership for not joining the “Defund the Police” movement, even as many left-wing members of Congress marched in support.

“Just because there was this large conversation about ‘defund the police’ coming from the streets, the response was to immediately respond to it with fear, with pooh-poohing, with ‘this isn’t us,’ with arm’s distance,” she said, claiming that the election of New York City Mayor Eric Adams was not proof that voters support public safety measures.

“What the public wants is a strong sense of direction. I don’t think that in electing Mayor Adams everyone in the city supports bringing back torture to Rikers Island in the form of solitary confinement,” Ocasio-Cortez added.