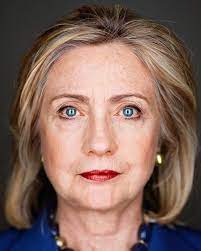 It has been several years since former President Donald Trump was faced with the now-discredited claims of collusion with Russia and details continue to surface about just how complex the attempt was to connect him to the Kremlin.

The FBI used the Steele Dossier, a phony document purporting to show Trump’s connection with Russia, as an excuse to justify spying on the Trump campaign. In the following years, Counsel John Durham’s investigation has discovered multiple outlets that Hillary Clinton’s campaign used to spy on Trump both before and after he entered office in an attempt to show his collusion with Russia.

A Friday filing from Durham alleges that the Clinton campaign hired a tech firm run by Rodney Joffe to “infiltrate” private servers that were kept at Trump Tower and then later at the White House. The aim was to dig up any information that might link the Trump campaign to the Kremlin, a task a two-year investigation from Special Counsel Robert Mueller would ultimately fail to do.

Durham’s report states that information from the server would be used “to establish ‘an inference’ and ‘narrative’ tying then-candidate Trump to Russia.”

The report also shows that Clinton operatives used the information they garnered and went to the CIA and FBI in an attempt to get the organizations to legitimize phony allegations by opening formal investigations.

Durham’s latest report centered on former Clinton campaign lawyer Michael Sussmann, who was indicted for lying to federal agents in September. Sussmann worked with tech executive Rodney Joffe on the “infiltration” effort and then subsequently “assembled and conveyed the allegations to the FBI on behalf of at least two specific clients,” one of which was the Clinton campaign, according to Durham.

Trump’s servers continued to be breached after they were moved to the White House, an act Trump himself described Saturday as punishable by death in a “stronger period of time” in the U.S.

“Tech Executive Rodney Joffe had come to access and maintain dedicated servers for the EOP [White House’s Executive Office of the President] as part of a sensitive arrangement whereby it provided DNS resolution services to the EOP,” Durham’s report reads. “Joffe and his associates exploited this arrangement by mining the EOP’s DNS traffic and other data for the purpose of gathering derogatory information about Donald Trump.”

Not only did the Trump campaign face baseless surveillance from the FBI throughout 2016, but they also faced hacking efforts directly from his opponent’s campaign, according to Durham.

“‘The latest pleading from Special Counsel Durham proves indisputable evidence that my campaign and presidency were spied on by operatives paid by the Hillary Clinton campaign in an effort to develop a completely fabricated connection to Russia,” Trump wrote in a statement. “This is a scandal far greater in scope and magnitude than Watergate and those who were involved in and knew about this spying operation should be subject to criminal prosecution.”

“In a stronger period of time in our country, this crime would have been punishable by death. In addition, reparations should be paid to those in our country who have been damaged by this,” he added.

Maybe she’ll get what she deserves. A prison jump suit!